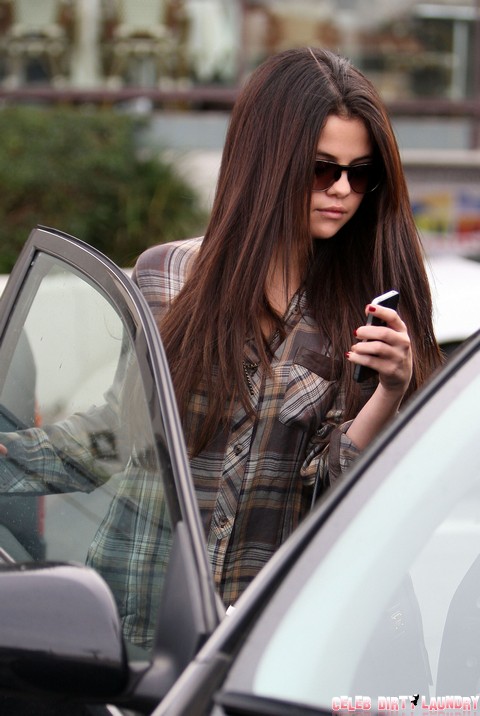 Are you sitting down? Because you’re in for a shocker dear Celeb Dirty Laundry reader. According to a latest report by Hope at Celebs Gather, Selena Gomez – the female version of Justin Bieber – likes to get her happy on with Ecstasy – and no, not the ecstatic feeling you get when you see your crush down the street, rather the simulated, pill-form of ecstasy. Hope writes, “Unimaginable though it may seem, one of La Gomez’s Behaving Badly co-stars tattled in a recent interview that the day she met the former Disney princess, Selena was in fact…behaving badly. In other words, she’d just taken two tabs of Ecstasy. Yikes.”

Yikes indeed, dear Hope. However, before you get your panties in a twist and rip the Gomez posters from your teenage daughter’s wall, the simulated ecstasy was just that – simulated. Gomez’s drug abuse isn’t real; she was merely filming a scene on the set of Behaving Badly and had to play pretend. The tattle-tale was the Oscar nominated Elizabeth Shue who spoke about their first meeting on set.  “She’s so down-to-earth and so committed and cared so much about her work. We have this great scene together. My character, unfortunately, thinks she’s taken two Tylenols, but instead she has taken two tabs of Ecstasy. So I get to meet Selena for the first time on Ecstasy,” Shue eloquently explained as she spoke about her young co-star.

Before you rip off the posters – you already did it, didn’t you? – and cry in your teenager’s room while saying to yourself, “Where did I go wrong…?”, you now have all of the evidence you need to prove that you are, in fact, absolutely and utterly insane.  Did you really think Gomez would take Ecstasy tabs to assist in her Stanislavsky Method? (You did, didn’t you?)

Gomez isn’t popping open her eyes like a dilated-pupil monster in X-Files; she’s merely acting and doing her job.