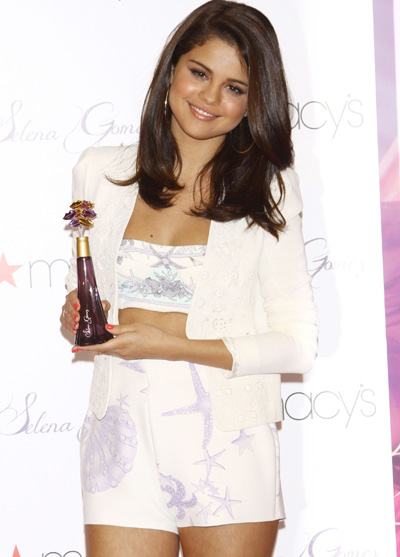 Lately, it seems that all of young Hollywood is clamoring to play the roles of Christian Grey and Anastasia Steele in the upcoming film adaptation of the S&M-heavy novel, Fifty Shades of Grey, especially now that it’s rumored Angelina Jolie may direct.

However, one actress has already ruled herself out even before the auditions begin! 19-year-old Selena Gomez is certainly the right age and physical type to play the protagonist of E.L. James‘ trilogy, but it seems that she’s too much of a prude to even consider starring in the movie, even though she recently did a parody for Funny Or Die.

“I only read the beginning of it, because when they told me about the skit, I didn’t know what it was about,” she said to MTV News. “So I started to read it, and I was like, ‘Oh, this is spicy.’ So I thought it was good, it was intriguing. Obviously, it’s working, so the skit was really funny.“

However, Selena said “I don’t think so” when MTV asked if she’d be interested in playing the role for real:

“I know I’m taking risks, but I don’t think I could do that!” she said. “That would be a little too much for me. I think someone older should do that part.”