Selena Gomez and Justin Bieber Had NO Restaurant Fight – They Got Take Out and Had a Sleepover! 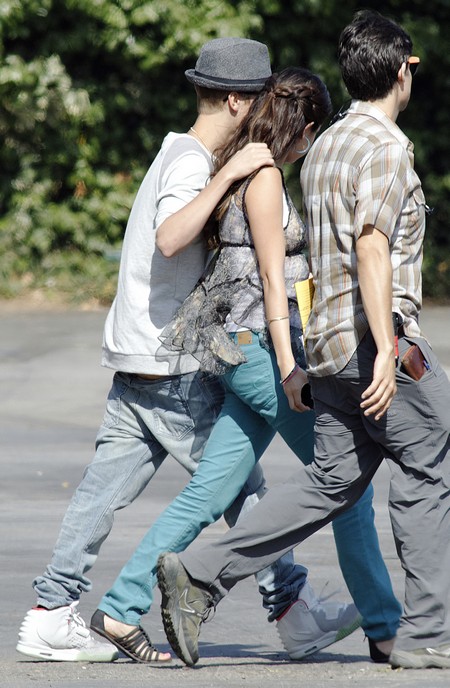 We had it all wrong! Justin Bieber and Selena Gomez did not have a huge fight at Yamato Japanese Restaurant in the San Fernando Valley Friday last.  Furthermore, Selena did not storm out of the restaurant and break the dinner date.  What Selena did was leave a little early so she could get home and get things cozy for lover boy who stayed to PICK UP THE TAKE-OUT THEY HAD ORDERED!!!!  No fight, no drama, and as the pic below proves the happy couple left practically holding hands. not fighting at all.

All reports to the contrary, including our own, were wrong.  Stories of overheard fights and crying and drama are pure fiction.  The most amazing news is that some webloids went so far as to make up conversations and sources, reporting details of yelling, crying and storming out from fictitious eyewitnesses!  Well forget about it, the truth is less dramatic but nicer, I guess.

Selena did not lock Justin out of her house.  The gate was not working and the eager Bieber simply went around back, parked his Ferrari in his babe’s driveway, and enjoyed a romantic sleepover.  The photo at X17 shown here shows Justin’s car parked in Selena’s driveway this morning.

X17online can report EXCLUSIVELY, the reunited pair stayed such a short time at a San Fernando Valley sushi restaurant last night because they were getting take out for a romantic meal at home – he was NOT locked out.

We apologize to our readers for our haste in bringing you an incorrect story.  There was no fight, no drama, and no lock out.  All is well between Justin and Selena for the time being.  Will we be seeing Selena with Justin at the American Music Awards in less than 24 hours? 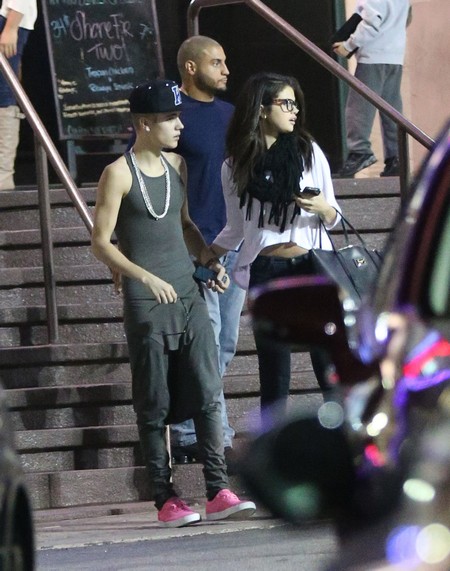