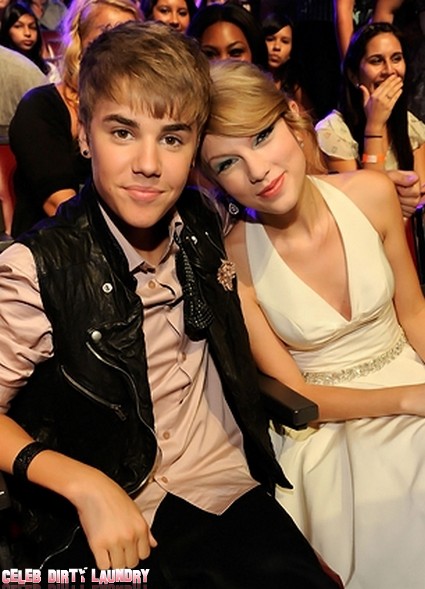 Justin Bieber is one of the biggest names in music. Taylor Swift is a powerhouse on the charts. So imagine if these two hooked up and made sweet music together? Well – they have and we’ll get to hear the results on the Biebs new CD called Believe.

Justin is teaming up with some massive names on this latest album. Taylor joins a list which also includes rapper Drake, Will.i.am from the Black Eyed Peas, his mentor Usher and even Kim Kardashian‘s main man Kanye West. Add Miss Swift to that group and you should have a guaranteed chart topper. The first single Boyfriend is already a hit debuting at number 2 on the Billboard Hot 100.

So does a collaboration with the darling of country-pop mean Justin is delving into a new sound? He admits the track does have a country vibe but is not saying much more. The 18 year old has told Capital FM Radio in the UK ‘You know, the whole album is just so different, there’s so many different people collaborating. I mean I even wrote a song with Taylor Swift.’ Bieber is into experimenting with his sound ‘With my music, it doesn’t only stay in a box. It’s so out there. Everything is so different and that’s why I’m so happy with this album.’

Of course it’s not the first time Justin and Taylor have joined forces. The teen pin up punk’d his friend on the TV show of the same name. They also shared a stage when Taylor’s tour touched down in LA late last year. Now we’ll have to see if they make magic behind the mic.

More news for the Beliebers : Justin Bieber’s New $6 Million Love Next In LA