Shannen Doherty Is Coming Back To Television! 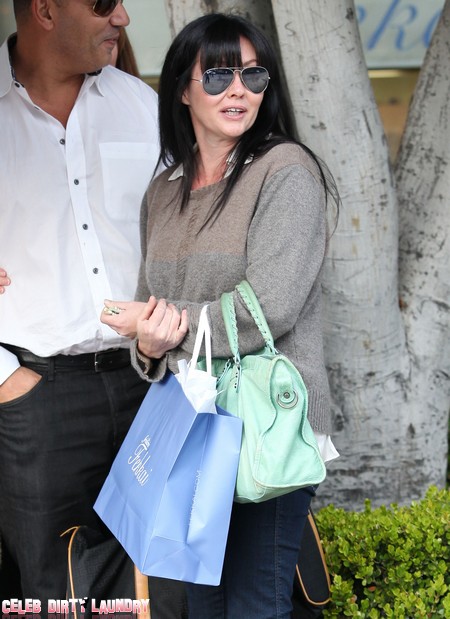 I don’t know if the fact that Shannen Doherty is headed back to television excites me – or scares me.  That being said, she’s always made for good headlines, and her new show is reality based so…it’s bound to be interesting right?

Shannen’s new show, Shannen Says will follow her and her groom-to-be, famed photographer Kurt Iswarienko as they get ready to tie the knot.  Shannen has always been known to the media as somewhat of a – what’s the right word – ‘nasty’ person, so it will be interesting to see the ‘real’ Shannen.

She has been quick to point out that she is no longer the young 18-year-old she used to be when she shot to fame as Brenda Walsh on the popular 90’s television show Beverly Hills 90210.

“I think that it’s bizarre that people don’t realize that I was a kid — and now I am a woman who has grown up, quite a bit. People grow and they evolve. They change and they settle down. When you’re done testing the water and pushing the boundaries, you become more comfortable with yourself.”

Well, we’ll be able to see if that’s true or not when her series premieres on WE TV April 10th.  I’ll admit it; I’m kind of excited.