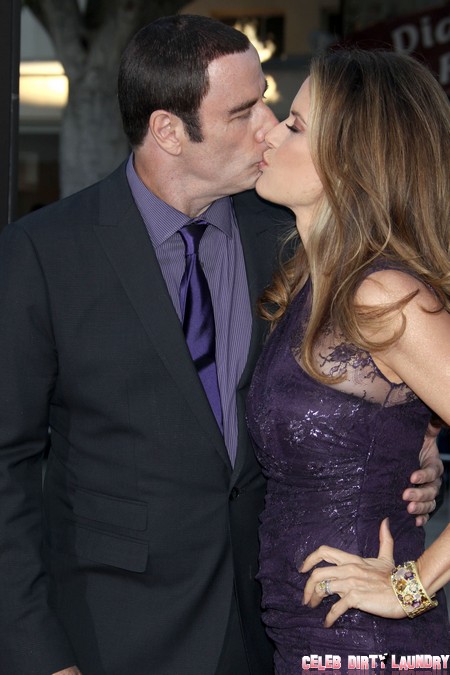 There may or may not be a sex tape of John Travolta in existence but according to his self-professed former lover, Doug Gotterba, John wanted to film an extremely graphic and kinky one.  In October 2010, a videotape allegedly was made of John having sex with a man.  According to The National Enquirer “‘on the tape, Travolta is seen receiving oral sex from another man in a spa,’ alleges Robert Randolph.” But this is not the sex tape that is making news – it is the sex tape John was planning to produce and star in that is of interest now.

That John Travolta is probably gay or bisexual is not news any longer.  Of course I do not have hands-on knowledge of John’s sexual habits – but the horde of men coming forth and filing lawsuits against him and all of the articles and books on the subject lend some credence to the theory.  The National Enquirer Print Edition, September 10th, has an interview with Gotterba that exposes some details that neither John nor his hapless wife, Kelly Preston, can be pleased about.

Gotterba disclosed that Travolta’s Hollywood images as a big-screen heartthrob throughout the 80’s in films like ‘Blow Out,’ and ‘Perfect,’ was a total sham.  “John talked one friend into getting naked and taking a shower with us,” Gotterba recalled. “He also tried to get me to make a sex tape with him. “But I refused.”

Gotterba goes on to express his sympathy for Kelly Preston saying that she is caught ‘in the middle of all this and it’s unfair to her.’

What can we say?  If John is gay then why does he insist on maintaining a sham marriage with Kelly?  If John is bisexual then is Kelly okay with that?  If all that we read and hear about John’s clandestine gay activities (including info from our own confidential sources) is total fiction, then why is there so much darn smoke and why do new sources keep popping up all the time?

It is 2012 – not 1912.  If John is gay then he should simply open up about it.  That would get people to stop talking about his sexuality and take away the power of rumormongers.  Maybe it would get folks to start talking about his acting again.  Of course his acting completely sucks. Whenever I see Travolta on the screen I want to laugh – he is sooo bad.  John Travolta has to be the biggest ham since Randolph Scott, who coincidentally was also gay.

Nobody with a brain cares if an actor is gay or straight – a person’s sexuality has nothing to do with their ability to entertain – the only reason John keeps getting nailed is because people think he is lying – trying to pretend that he has this All-American whitebread little life.  Well that’s out the window anyway since John is a Scientology freak – and that makes him insane by default.

Check out Randolph Scott and Carey Grant – courtesy of Wikimedia 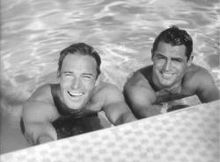