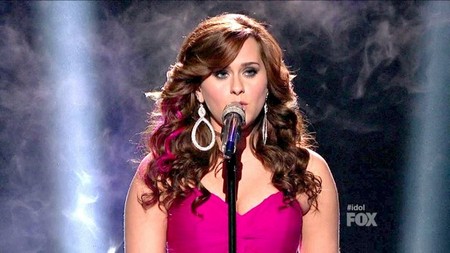 ROUND 2 – BRITISH – Skylar Laine performed  “You Don’t Have To Say You Love Me” tonight on American Idol the Top 5.  On last week’s show Elise Testone was sent home.  If you missed the show you can read our full and detailed recap here.  If you missed any of the performances from last week you can see them here.

Judges Comments: Good job – better than her last song – Steven: says she just gets better all the time – J-Lo: says she was so good with that performance she could win. Randy: says Skylar is peaking