BY Dorothy Gale on June 6, 2012 | Comments: 3 comments
Related : Reality TV, Recap, So You Think You Can Dance 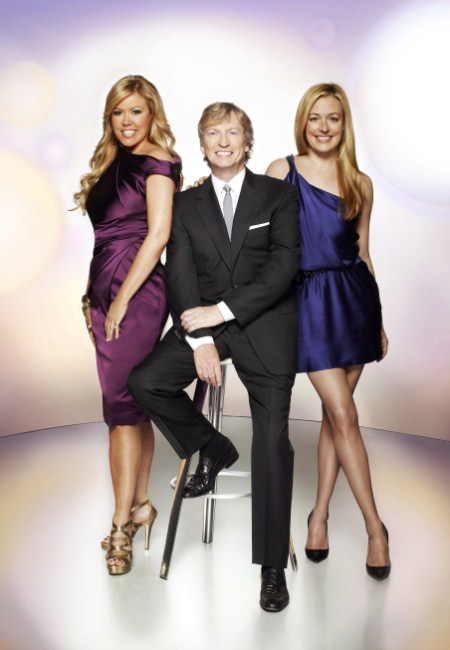 So You Think You Can Dance 2012 is still in the auditions stage and tonight the third episode will air. Last week the auditions were in Los Angeles, did you see the episode? If you missed it, you can read the full recap HERE.

The highlight from last week was when we got to see a memorable paring, Nick and James Aragon, “The Ninja Twins”. They were fantastic and unfortunately they are 32 years old and Nigel announced that hey could not move on but he absolutely loved them.

This season, contestants will be paired up weekly to perform dances that are choreographed by some of the biggest names in the business. Then, the next week, the couples in the bottom three after the previous week’s performances, will have a chance to redeem themselves with a solo routine. The judges will then decide which boy and which girl are eliminated. Any couples split up, will pair up the following week.

So far, there have been auditions in New York, Dallas and Los Angeles and a lot of pretty amazing talent has already been discovered. Tonight’s SYTYCD auditions are in Atlanta with host Cat Deeley. Next week the show will be heading to Salt Lake City and then, we are on to the Las Vegas call backs.

The guest judge tonight is choreographer and dance legend, Debbie Allen, who is an American actress, dancer, choreographer, producer, director and a member of the President’s Committee on the Arts and Humanities.

We will be live blogging the So You Think You Can Dance Episode 3 from 8pm – 10pm EST. So make sure to come back to this spot and spend the evening with us enjoying the fabulous dancers! Make sure to refresh often so you get the most up-to-date info!

RECAP: Another week means another audition city for So You Think You Can Dance. This time we’re in Atlanta, looking for the best dancer in America. Debbie Allen steps into the guest judge seat beside regulars, Nigel Lythgoe and Mary Murphy.

Audrey Case is first up tonight and she sets that bar pretty high. Her fellow dancers are on their feet when Nigel refers to her as magical. She and her contemporary style are going straight to Vegas. Next up is a crew of three guys that live and dance together. Boris Penton is up first with a mesmerizing routine. His intricate moves earned him a ticket to Vegas.Joshua Alexander made me forget that I was working for a minute. His audition to Alicia Keys was just stunning. He reminds me of Danny Tidwell from season three. The judges said nothing, but waved Vegas tickets at him.

Tim Conkel is a karate instructor that is a 10 time National Champion and a 3 time International Champion. He aims to be America’s favorite person and he is very likable. He has his Selena Gomez backpack with him for luck and the biggest shock? He is explosive. The martial arts blends great with his breaking. They ask him to do a bit of impromptu ballet which is not fabulous but the effort certainly is. Tim is headed to Vegas.

Jackson Alvarez runs an organized line dance group at a local club. Nigel decides to have half the auditorium come onstage to do “The Wobble” with him. He’s off to the choreography round when all is said and done.

Janelle Issis is a belly dancer that also trained for years in tap, jazz, contemporary, hip hop and the list goes on. Her performance is tremendous and I’m going to suspect that there’ll be nothing she can’t do. We could be looking at the next winner right here.

Danielle Dominguez brought her cheerleading mom and supportive dad with her to audition. We find out in her package that she is more than a bit obsessed with bacon. She calls herself a weird dancer and she is quirky in a cool way. Think one of GaGa’s backup dancers kind of quirky. She’s off to Vegas where she most definitely belongs.

On stage next, the other two members of Dragon House Crew. Andre Rucker has the most ridiculous isolations, absolutely insane and by insane I mean incredible. The fluidity makes it seem as though he has not a single joint in his body. His crewmate, Cyrus “Glitch” Spencer is next and like his boys before him, Cyrus’ popping skills are beyond unique. There are robot moves and then there are robots. I’m pretty sure this guy IS a robot and of course he is going to Vegas too.

Day two in Atlanta kicks off with a rowdy and competitive group waiting outside. Courtney Kirby and her grandmother are featured next. Grandma was a dance teacher for years and Courtney’s inspiration. She can move and has great technique I feel like something was missing here. Debbie Allen felt she was a force to reckon with and Courtney was put through to the Vegas round. Asher Walker hails from Glade Hill, VA where the hip hop community consists of, him. He is a pleasant surprise. His tricks are cool and he uses his baby face to really push his performance to a stronger level. He knows how to pause and create moments that are memorable.

George Lawrence has played most every sport in an attempt to please his father. He quit a successful track career in order to focus on dance- a move that crushed his dad. He decided that dance allows him to feel free and that he has to be true to himself. Debbie Allen said it best when she said George was born to dance and he’ll be dancing his way to Vegas.

Britney Ortner is from chickentown, otherwise known as Ovieda, Florida. She is another small town girl hoping to find a ticket to a bigger city. Her performance here was enough to get her through to the choreography round. If she survives it then it’ll be on to Vegas.

Damon and Dione are up last. They auditioned once before using another duos choreography and controversy ensued. This time out they did their own work and ended up with a standing ovation. Their isolations and popping was sick and they moved onto choreography. Only Damon made it through to Vegas this year.

Next week we’ll be seeing the auditions in Salt Lake City. Some of the talent there appears to be out of this world- literally!