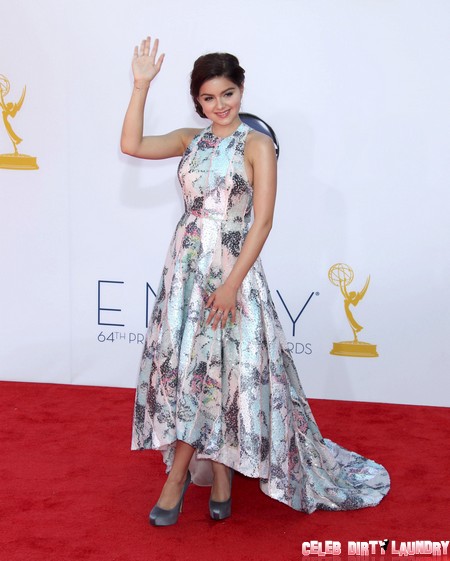 Modern Family’s Ariel Winter was removed from her home amid accusations of child abuse. The young star, which portrays the character of Alex Dunphy on Modern Family, is currently living with her older sister after the Department of Children and Family Services removed her from her mother’s care. The allegations of physical and emotional abuse at the hands of her mother, Crystal Workman, came to the forefront during a guardianship hearing on the 3rd of October. Ariel’s sister, Shanelle Workman (professionally named Shanelle Gary), went through exactly the same situation twenty years ago and was placed in foster care for two years.

There were rumours during the guardianship hearing that the 14-year-old Ariel had been seeking legal emancipation from her mother to live with her boyfriend, but these rumours have not yet been proven to be factual. Ariel’s sister is currently seeking permanent guardianship and financial control, as per a filed guardianship petition.

Sofia Vergara, Ariel’s co-star on Modern Family, was asked about the precarious circumstances in Beverly Hills late yesterday evening, but unfortunately, Sofia hurriedly made her way to her car and refused to comment on the situation. The rest of the Modern Family cast have not yet released a statement on the wellbeing of Ariel, nor have they mentioned the situation to any media outlets. The saga is still in its infancy, but we expect a written statement from the producers within the next few days.

We’re uncertain as to what the future on Modern Family holds for Ariel, but what is certain is the proof that quick fame and an injection of cash will eventually lead to advantage being taken of a young star. The same happened to Drew Barrymore, Macaulay Culkin, and Edward Furlong. Whilst the latter two fell apart, Drew Barrymore was able to pick her career up from the ashes of ruin and make a name for herself in the industry. Will the same be true for Ariel? What do you think? Let us know your thoughts in the comments below.