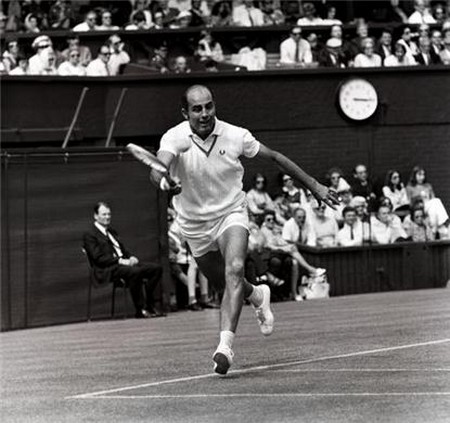 A South African tennis champion Bob Hewitt is facing a slew of allegations that he sexually abused young girls which he coached. Bob Hewitt is now 72 years old and won 15 Grand Slam titles during a successful decade long career in the 1960’s and 70’s.

The International Tennis Hall of Fame, which sounds like a boring rendition of the Rock & Roll Hall of Fame, based about 30 miles from Rhode Island’s state capital, Providence, hired a lawyer to investigate the claims. The inquiry could send Bob packing from the Hall, even though he has not been criminally charged with any crime. Michael Connolly is the Boston based lawyer hired to investigate the claims. One of the recently interviewed as part of the inquiry is Heather Conner, of West Newbury, Massachusetts, who claims that Bob Hewitt sexually molested her when she was 15 years old and forced her to have sex at a school in Massachusetts.

Bob Hewitt is Australian born, but married a South African woman, became a citizen and moved to Johannesburg.  Hewitt currently permanently resides in South Africa and recently told The Weekend Post newspaper, a slightly smaller circulated media outlet in South Africa, “I only want to apologize if I offended anyone in any way.”  Whatever, Bob.

The statute of limitations for criminal charges has expired in the United States, but not in South Africa, so if there are any rumours of this type of scandal in Bob’s home country, he will be criminally charged quicker than a drug bust at Wall-Mart.

Whatever the case may be, we suspect this is only the tip of scandalous ice berg which Bob Hewitt will be facing. Let us know in the comments below what you think.