Stacy Keibler Moves In With George Clooney – Marriage Next? 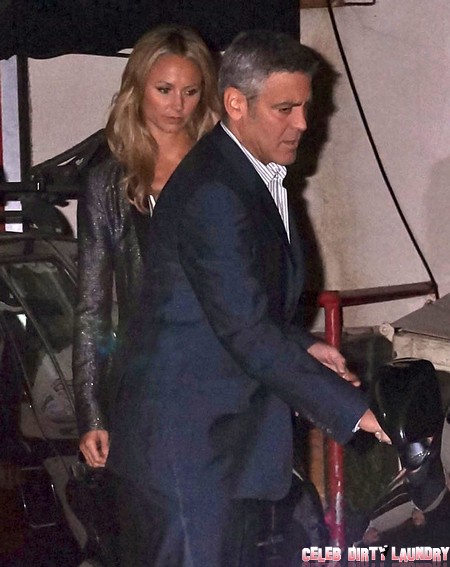 Learning that Stacy Keibler moves in with George Clooney lock, stock and barrel comes as a bit of a surprise since yesterday we reported that it was over but the crying between them. The couple have been dating for about 15 months and they do spend their summers together in Lake Como, so it’s not as if this is a shocking move. What is a bit shocking that this is a 180 from the reports claiming that their relationship is on the verge of demise.

What is a bit out of the ordinary for this hunk of a bachelor is that Stacy is not a gal that’s done the pursuing. It’s Clooney that fell head over heels for her and insiders say that this is the woman for George and he knows it! It looks like all the hoopla about the perpetual bachelor leaving another one in his wake have turned to dust.

While Stacy is still maintaining her rent controlled apartment in West Hollywood, these days it’s a storage closet for her personal belongings. She’s never there now that she calls the Descendants star’s house her home.

The 32 year-old Stacy is a good fit for this 51 year-old actor and she’s been called George’s “dream woman” by people close to him. As of today, the couple either made one miraculous recovery from their doomed relationship that we’ve been hearing about or someone got it wrong. Either way, Stacy’s slippers are parked firmly under her side of the bed at George’s place today.

Stacy was said to be grief-stricken as the serial heart-breaker was lining her up to be another victim. The reports also claimed that the two were spending less time together. Stacy living with George would certainly explain why they haven’t been seen out together much. They were under the same roof, so going out on dates wasn’t the only way they got together!