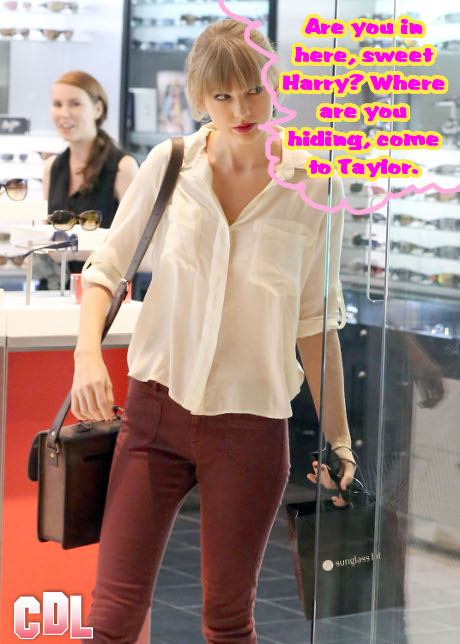 One Direction’s fame is spreading like a virus all over the world, infecting sugary sweet pop lovers with their contagious sound and inflamed music videos. One of these One Directioners (rabid fans of One Direction), Hailie Mathers, is a victim of this communicable disease; but instead of lighting a candle and playing their CD’s backwards, she is raging like a nun in Las Vegas, foaming at the mouth and dripping sarcasm on Twitter.

Hailie, the daughter of Marshall Mathers (known professionally as Eminem), doesn’t listen to her father’s music. She listens instead to the sweet sounds of the One Direction boys and her other idol, Taylor Swift. Or at least she used to listen to Swift’s relatable teen romance lyrics. After Hailie publically declared Harry Styles as the “love of her life”, she started attacking Swift on Twitter. In the very public tweet, Hailie wrote, “Dear @taylorswift13, please stop whoring around with every guy you see. We all know you’re only doing it so you can make another album.”

Thank you, Hailie. Thank you for speaking your mind and saying what everyone is thinking. The daughter of one of the most famous rappers in human history continued her tirade of caustic quips on Twitter when she referred to Swift’s latest hit, “We Are Never Ever Getting Back Together” In the bitchy tweet, Hailie wrote, “I, am never, ever, everrrrr, listening to your music againnnnn @taylorswift13. Like Ever.” Ouch!

If you’ve been ravaged by Internet-phobia and you don’t know what we’re on about, let’s give you kids a lesson in Taylor Swift 101, shall we? The faux-pop star has been hooking up with Hollywood’s leading men ever since her career took off a few years ago. Swift’s romantic endeavors, however, haven’t been as normal as one would assume. Instead of having healthy, long-term relationships, Taylor only dates high-profile men with the intention of dumping them three months down the line to write a hit song about the failed relationship. Recently, the man-eating pop star has been linked to Harry Styles, one of the members of One Direction, spawning the inventive portmanteau, Haylor, and causing many One Directioners to hit out at Swift on social networking sites. The two love-struck youngsters have been sighted several times during the past few weeks, only cementing previous rumors of their alleged relationship. Hailie Mathers, on the other hand, is the first high-profile celeb kid to publically express her irritation with Swift’s relentless man-hunting.

It’s about time someone took a stand against Swift’s incessant and highly publicized whirlwind relationships. We all know that her relationship with Harry will only last as long as her time on the charts, at which time she will, in all probability, break up with Harry and write a new song about their lustful romance. 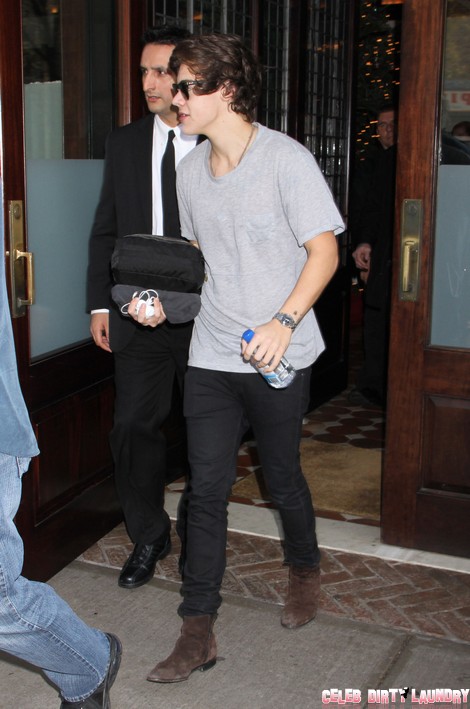