Teen Mom Maci Bookout Loves Ex-Boyfriend Kyle – But Which One? 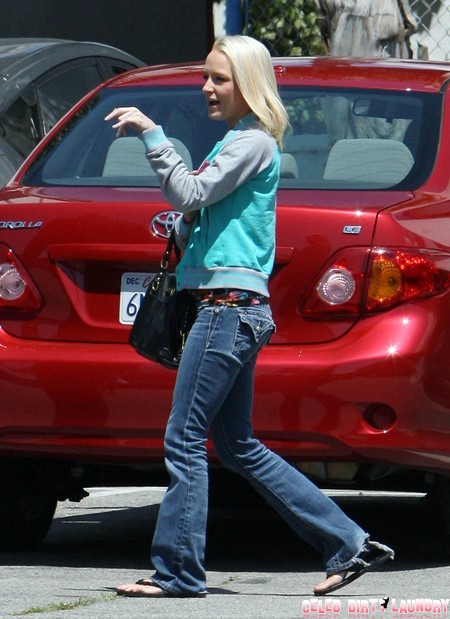 Weeks after breaking up with long term boyfriend Kyle King (again), Maci Bookout has been trying to rekindle a relationship with another ex-boyfriend, Kyle Regal. I know they sound like the same person, but they aren’t. She just has a type! Thank god for social media, because it is betraying the twanging of the teen mom’s heart. To follow and unfollow a partner is the new Facebook “official” relationship, and what do you know? Maci followed Kyle Regal almost immediately after she and Kyle King broke up again.

Maci tweeted to Kyle Regal, commenting that when looking at his picture, she only noticed his lips. Then, later, she tweeted him, “see you and your lips Thursday.” If that isn’t unadulterated flirting, I don’t know what is! After her fans started buzzing about it, Maci deleted the tweet, which is pure evidence that they’re flirty and seeing each other again!

Kyle Regal is a racer and I have to say that his party lifestyle doesn’t seem like it would mesh well with Maci’s life with three-year-old son, Bentley Edwards. Besides, we’ve watched baby daddy Ryan Edwards freak out about her G-rated relationships, so it’s sad that there won’t be another season chronicling this new drama! I really don’t think that Maci should be parading boyfriends in front of Bentley.

So which Kyle is better? We’ve heard that Kyle Regal is basically an asshole, who was hitting on Maci’s friends and asking for sexy texts! Of course, Kyle King isn’t much better—remember, it came out during the MTV Teen Mom Check In With Dr. Drew that he had been sending sexy Facebook messages to his ex girlfriends! Is this love? I think that Maci needs to move away from the Kyle genre of boyfriend and take some time to focus on her adorable son, Bentley. Of course, there is no chance baby daddy Ryan Edwards will be back in the picture.