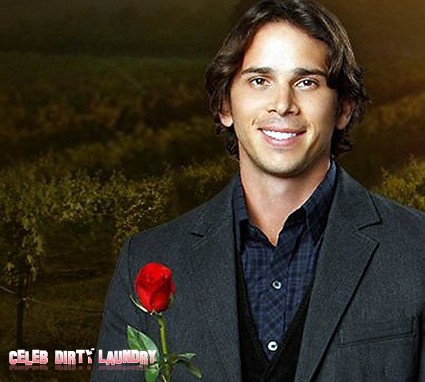 The Bachelor Ben Flajnik returns tonight with ‘Fantasy Suite Night.’    After tonight’s episode we will be down to the final two.  On last week episode of Hometown Dates poor Kacie B unleashed the tears in the limo and got’s the boot– with no explanation from Ben other then “I’m sorry”.  Did the hometown date possibly ruin things? Maybe, but if that’s the case than he’s not worth it anyways. My favorite part – Kacie dropping the F-bomb in the limo.  If you missed the episode you can read our official recap here!

On why Ben decided to cut Kacie, Ben says it was a very challenging decision for him. “I still had feelings for her, but I did make a promise to her father that if I didn’t see it going much further that I would end it sooner than later to not hurt her as much,”  he said.

On tonight’s show the final three women and Ben head to Switzerland, and we’re only three weeks away now from Ben picking his new bride, or will he? Ben basically fell for Courtney the second she got out of the limo and was naked with him five episodes later, so I think this episode will show the two hot and heavy in the fantasy suite, there is no way that Courtney is going to give up a freebie for getting naked and making out with Ben.

Ben gets a big surprise tonight when Kacie Boguskie shows up at his hotel room door wanting to talk with him.  Ben may have thought he had things figured out – but that may be all over once he hears what Kacie has to say.

We will be live blogging the show with all the up-to-the-minute details at 8PM EST so make sure to come back to this spot and watch the show with us. Refresh often to get the most up-to-date results! In the meantime check out the sneak peek video of tonight’s episode HERE!

RECAP: Ben is excited and really happy to be in the home stretch with the final three, he’s ready to take the next step in his life. There is only one problem heading into tonight, and that is Courtney. Ben is worried how she treated the other girls and if perhaps he doesn’t really know who she is.

Nicki is the first date tonight and in usual Ben fashion, he whisks her away in a helicopter. The two stop atop the snow capped mountains of Interlaken, Switzerland. Nicki’s feelings are at an all time high for Ben, she’s in love with him. Ben claims the spark and the wow is there, but I don’t believe it. Ben claims he is really feeling comfortable with Nicki, but I think they are more suited to be friends than a couple. It’s dinner time, the two share a romantic dinner in a remote log cabin. Ben drops the fantasy suite invitation, Ben is up for it and Nicki agrees. The two head to their suite, there is a roaring fire surrounded by pillows and wine. Nicki gets a little sentimental, tells Ben that when he thought her dad reminded him of his own, she thought it was an intimate moment. Next stop, is dipping into the jacuzzi for some smooching.

Lindzi is the next date and they are going to rappel down a 300-foot rocky ravine. They strap on their harnesses and bond over a truly terrifying situation. Later, during a steamy soak in a hot tub, Lindzi shares how hard it is for her to be vulnerable in a relationship, but also that Ben is worth it. After an intimate dinner, Lindzi finds the courage to tell Ben she’s in love with him and when he offers her the fantasy suite card, she accepts. Ben reveals that he just may be falling in love with her and sees himself with her for the rest of his life, until of course when he meets up with Courtney.

Courtney is thrilled to see Ben, her memories of her mock wedding during the home town dates is still with her. Ben has a heart to heart and tells Courtney that he’s worried about how she’s treated the other women. They take a train ride to see the Alps then on to Wengen. Courtney tells Ben that she feels bad for how she treated the other girls. They go picnicking in a meadow with some cows and he doesn’t want to discuss the whole Courtney vs. the girls thing and ruin the day. They head out for some dinner and wine and Courtney is ready to talk about the other girls. She says that she feels badly and this whole show has brought out the worst in her at times and she’s not proud of it. He says that he knows that there’s more good than bad. Looking back, she says she would’ve done things differently. He feels that they are good with moving forward. He offers her the card with the fantasy suite invitation. She accepts and off they go to the suite. They head outside to the hot tub and start smooching.

In a surprise twist, Kacie comes back to question Ben about her shocking elimination. He claims they were from two different worlds. She said that her decisions regarding moving in together would’ve been her decision — not theirs. When she realizes it is really over between them, she tells Ben that if he were to choose Courtney, he’d get his heart broken. She is still heartbroken, but doesn’t realize she is way too good for him.

Kacie B.’s return is making Ben question if he is perhaps being played by Courtney. He tells Chris about his conversation with Kacie B., he confesses that he is really confused and cloudy and doesn’t know what to make of this whole situation. Chris offers for Kacie B. to be in the Rose Ceremony and he tells him no.

Ben tries to relieve his guilt by telling Nicki how fantastic she is and that she deserves everything. She tells him that she fears that he is going to get hurt and if it’s not her in the end, she only wants the best for him.