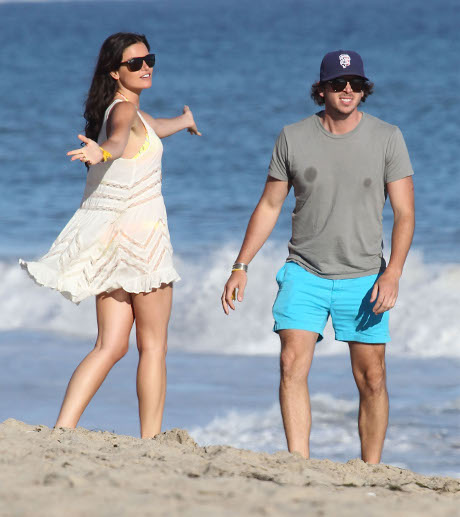 I guess Courtney Robertson really did get tired of being painted as a villain. Or else she has decided to find a way to extend her already washed up fifteen minutes of fame. The former The Bachelor star split with fiancé Ben Flajnik a few weeks ago and has now decided to spill the beans on her real television experience by writing a tell-all book. She recently explained her decision to come clean on things to Celebuzz. She says in her statement,

“I’m writing a book about my experience… it would be more about clearing the air.” She adds, “Through everything that happened, they tried to dig up my past… I had no voice.” Courtney teases, “I think it can be pretty steamy – I’m not gonna lie. It would be like 100 Shades of Grey!”

If you happened to watch Courtney and Ben get together on the Bachelor then you already know that this chick seemed to use sex to get his attention but I’m not sure what else she had to offer him that kept it even for the past year. She has been vocal about supposedly not being the bad girl that ABC portrayed her as but it’s kind of hard to believe. I know editors can work some real magic, but if they did, she made it super easy for them to make her look like an ass. And you can’t magically edit the rest of the cast to consistently hate one person in each and every episode. Those girls hated Courtney for sure!

Are you surprised that Courtney would be shopping her version of the truth? Doesn’t that kind of mean she still is a villain? I guess the real question is, do you think anyone will care enough to want to read Courtney Robertson’s new book? Tell us your thoughts in the comments below!