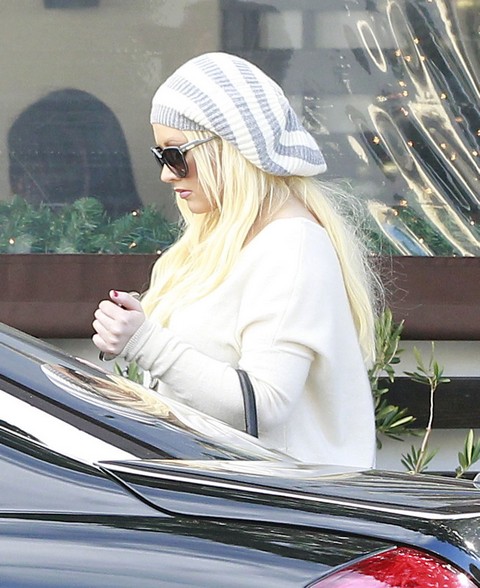 A diva is defined as a female opera singer and/or a female singer who has enjoyed popular success. Christina Aguilera is the latter. The Voice judge and all round superstar has broken boundaries in the pop music industry. She went from zero to Genie In A Bottle; and as they say, the rest is history. However, rumours of diva behavior and theatricality have plagued the singer throughout her career. One such rumour, as reported on by Star magazine’s 24th December, 2012, print edition, sheds new light on the singer’s remarkable ability to cause a ruckus on a set.

According to sources close to The Voice’s production team, Aguilera is anything but a woman of the people. Allegedly, Aguilera is extremely rude to both the crew and her fans on the show. “Christina doesn’t want anyone to get close to her. If someone goes to shake her hand, she says ‘No, don’t touch me,’” revealed an insider.  It’s not so uncommon that a celebrity refuses physical contact – case in point Howie Mandell – but Aguilera doesn’t suffer from a debilitating form of OCD; she’s just a raging bitch. The source continued, “She’ll even yell out, ‘You are in my space!’”

We know there’s always a safe distance kept from celebrities on a show such as The Voice, because they arrive on set to work, not to titivate and chit-chat with star struck interns. However, a bit of pleasantry goes a very, very long way. Whilst Aguilera might believe that she’s “demanding respect” on the set of the campy reality television show, she’s only exacerbating the problem. Her image is already tarnished with diva-esque behavior, so being a relentless wicked witch won’t bode well for her in the long run.

We would hate to go out on a limb and call Aguilera out for being a stuck-up lunatic, because out of all the music stars in the industry, she seems to be the most pleasant and most compassionate of the bunch. Unfortunately, the rumours surrounding her professional idiosyncrasies are not abating.