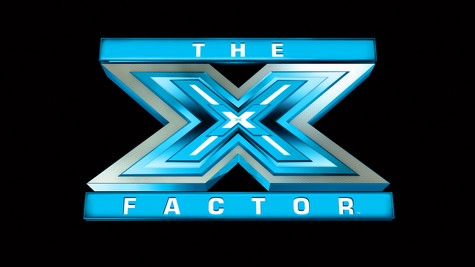 The X-Factor USA Boot Camp phase instills fear in the most hardened of contestants. It brings out the best, worst and most dramatic moments on reality talent television. The favourites fall by the wayside, groups of singers are instantaneously eliminated and only handfuls remain to prove their worth at the judges’ houses. It is the X-Factor equivalent of American Idol’s Hollywood Week and it aired last night to critical acclaim. Celeb Dirty Laundry is bringing you a full review of the Boot Camp phase of the competition. Due to the switch-up in editing methods, we’re leaving the usual performance review behind and focusing instead on the stand-outs of the night, including some of the cuts, vocal ruts and performance fits. Get your X-Factor badge, because things are about to get real!

Diamond White was the first contestant of the Boot Camp bunch. A while ago, during Diamond’s first audition, we were left reeling after her exquisite performance. Unfortunately for Diamond, she was the first out of 120 contestants to show her worth during the Boot Camp phase of the competition, with her rendition of “I Have Nothing” by the incomparable Whitney Houston – an artist and song not to be touched by the most die-hard of vocalists. We’re glad Diamond delved into the massive range of this song, as anything else would have been less than. Her performance was not the best we’ve seen by a young artist of her age, but it was still quite extraordinarily brilliant. Diamond White made it through to the next phase of Boot Camp. An early favourite, Jessica Espinoza, delivered a below-average performance on which the judges commented that it “wasn’t as good as they remembered.” She did a rendition of “When You Believe” by Mariah Carey/Whitney Houston. Jessica wasn’t able to deliver on the notes, the pitch and the overall performance and unfortunately, Jessica Espinoza did not make it through to the next phase of Boot Camp.

One of our season favourites, Jennel Garcia, did a rendition of Gavin Degraw’s “Sweeter”, with more hip swingin’ action than Honey Boo Boo. Jennel once again delivered on sexy sultry vocals, strong pitch and a performance made in superstar heaven. L.A. Reid was overheard saying, “Very spicy!” We agree L.A! Her performance was like biting down really hard on the hottest chili this side of Mexico. Luckily for the sake of this show, Jennel Garcia made it through to the next phase of Boot Camp. However, the most discussed “boy band” of the season, Emblem 3, delivered a shaky and nonchalant performance. These three guys still form the best group act in the competition and have built up a massive online fan following with their insouciant attitude and catchy harmonies. We believe Emblem 3 will stick around to the bitter end of the competition, if, and it is a massive if, they’re able to live up to their audition hype. Emblem 3 made it through to the next phase of Boot Camp.

The most important and most noteworthy audition stand-off of the night went to the controversial CeCe Frey and the single mother, Paige Thomas. The X-Factor producers love to drum up some rivalry between contestants and it seems that CeCe and Paige became their targets of choice. Both of these contestants did the greatest and most significant record of all time, “I Will Always Love You” by Whitney Houston. This song separates the girls from the women, the pretentious from the vain and the technical from the natural. The song has defined an artistic generation, so it was only fitting that Paige and CeCe were up against the goddess of vocal technicality and control. The YouTube X-Factor page of the CeCe/Paige sing-off has already been ravaged by arguments, trolling and contestant support, which only proves that this “Clash of the Titans” production method worked extremely well.

Paige’s rendition of the mega-hit was technically exquisite and she was able to hold the tough lower register notes, but her vocals were unfortunately breathy and lackluster. Paige was able to control her vibrato, without coming off as musical theatre and/or shaky.  The extremely famous “money notes” of the song were not done any justice by Paige’s shrill and tight upper register. She also lost control of the vibrato during this upper register dance and miserably crashed into whispered falsettos.

CeCe’s overly confident rendition of the same song stayed true to the Whitney Houston arrangement. CeCe’s full voice crept into the deep lower notes and bathed in the familiar vocal runs. The “money notes” were much stronger than Paige’s, even though CeCe didn’t have the same controlled technicality of Paige’s voice. CeCe’s overall delivery was strengthened by an extremely radio-friendly final falsetto run. It wasn’t the best version of the song we’ve ever heard, as there were several pitch issues during the upper notes, but it was still by far one of the best performances of Boot Camp.  It is impossible to draw a comparison between Paige and CeCe, so we’ll let you decide who the best singer of the two was.

Read below to see how the Boot Camp cookie crumbled.

Rizzloe Jones (the cool rapper from Kansas City, Missouri), Quatrele Da’an Smith (the Lady Gaga lover), Jordyn Foley, Trevor Moran, Ben Westphal and several others, did not make it through to the next phase of Boot Camp with their below average/amnesiac/horrid performances. None of these cuts were exceptionally surprising.

Let us know in the comments below if your favourite made it through to the next round.