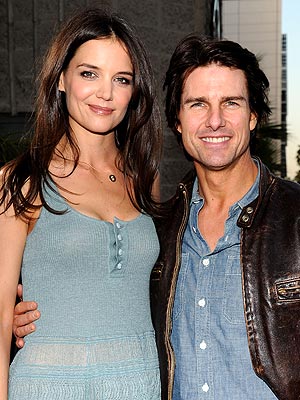 For many celebrities any press is good press, negative or not. However, Tom Cruise has not and will not tolerate negative things (like this story hereprinted in the press fly. Rumors that Tom is a bit of a control freakin’ couch jumper (ok, so we know that latter is true) have circulated for years, but even though the guy is a brilliant actor doesn’t make him all there. The National Enquirer is claiming that Tom not only treated Katie like a Stepford wife but he also kept his daughter Suri locked up in a tiny, windowless room. Now while that could definitely be a possibility, Tom has been quick to defend himself against the accusation.

The Enquirer wrote that Katie was forced to live in a “House of Horrors” and she supposedly endured some much abuse and humiliation that she became unable to defend herself. So was Suri locked up in a tiny, windowless room? Was also subjected to abuse and punishments?

We’ve never really heard of these allegations before so it is not a surprise that Tom would be a tad irritated. If he locked Suri in a dark dungeon-like room would that change your view of Tom and ultimately make you NOT want to go see another movie that he starred in? For some people, yeah!

According to E! Online, Cruise’s attorney Bert Fields is taking action against The National Enquirer! He apparently sent a three-page letter to the magazine saying that they were big fat liars AND if they don’t release an immediate apology and make a retraction to the story, they WILL throw a big fat defamation suit against the outlet.