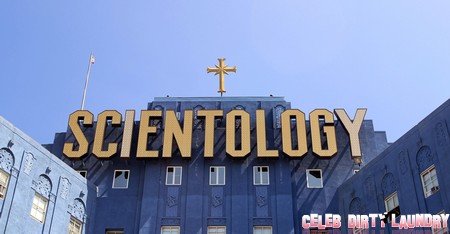 Scientology has been the buzz-word for celebrities with a penchant for insanity, for several decades, but now it seems that Hollywood is saying “sit yo’ ass down” and is ignoring Scientologists like we ignore Kim Kardashian praise. The Master film by the Weinstein Company has been described as an anti-Scientology masterpiece and while most Scientologist were sending snippets of their pubic hair to the production company, celeb supporters of the religion started slamming it left and right.

Marty Rathbun, the main Scientologist whistleblower and the first horseman of the Apocalypse told The New York Post, “There have been rumours about the tactics that the church uses to stop people from leaving, and many of us got wind of how Nicole Kidman had been treated when she and Tom divorced. Recent events, such as the alleged ‘auditioning’ for a wife, have consolidated in my people’s minds that Scientology is something they don’t want anything to do with. Membership once made you interesting and unique. Now [it’s] almost an admission of naivete and gullibility.” Oh, almost like admitting that you have The Bachelorette viewing parties?

David Miscavige, current leader of Scientology and resident puppy eater, has been largely to blame for the current celebrity evacuation. According to Rathbun, “The celebrity business has utterly backfired. The biggest negative you can have is to say, ‘Hey, man, lemme tell you about Scientology, that thing Tom Cruise is involved with.’” Celebrity followers of the religion, such as Lisa Marie Presley, director Paul Haggis and actor Jason Beghe, have left the church. These dwindling celebrity numbers have been truly surprising, especially when one considers how Scientology has been built on a celebrity following for the past couple of decades. Hey, if you get free publicity from the most powerful people in the world, why bother with recruiting normal people? Well, the celebrities do not only act as promotional billboards, but also as financial donors for the religion.

Rathbun says, “I know some celebrities who work with a financial manager. The manager is a Scientologist. [He is] in direct communication with a Scientology salesperson called a registrar, and the manager will let the registrar know, ‘They’re getting a big check for this much. They can afford to give you 25 percent of it.”

Scientology HQ has also been desperate to recruit David Beckham. They even invited him to their international headquarters and built him a $40, 000 soccer field, in case he wanted to work out. Rathbun adds that Beckham “got the willies”. See, Scientology is like that creepy ex-BF/GF of yours who begs you to take them back and then build you a life size Monopoly set in your backyard as a sign of their “appreciation”.

It seems like the future of Scientology is hanging by a very fine thread – if the celebrities start packing up, the religion will be brought to its knees. The only hope for it to survive is to re-adjust itself to fit a new generation of celebrities, but we become sick to our stomachs when we imagine what the new tactics might be.

Let us know in the comments below if you think Scientology should finally be disbanded.