‘True Blood’ Brings In Christopher Meloni, Jacob Hopkins, and Others To Be The VAMPIRE AUTHORITY 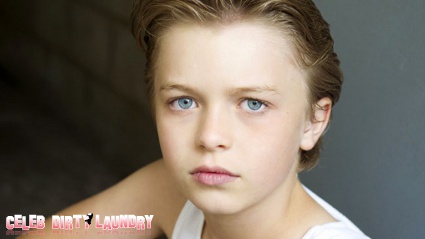 The summer months are good for primarily one thing: True Blood, the violent vampire drama based on Charlaine Harris’s mystery/paranormal romance novels. We’re excited to hear more about that upcoming season, which, as fans of the show might already now, will welcome a whole new group of big and badass vampires. The Authority.

Now, I was always wondering when we were going to be introduced to this illusive organization of vampires — the ones responsible for crafting and enforcing vampire law and order. We’ve heard the name brought up on multiple occasions, but never have we gotten a solid image of the individuals who compose The Authority, nor have we gotten a clear description as to what exactly they do and how they do it.

The show did a great job of keeping it mysterious — as The Authority is mysterious even to common vampires. But I think they drew out the mystery long enough and are choosing to explain it at a perfect time in the show’s development. Lots and lots of stuff — sketchy stuff, abominable stuff — has gone down in the vampire world and, if I had to guess, I’d say the vamp authorities are a little less than happy with it all. Get ready for some rumble and tumble in the city of Bon Temps!

Most of you know that Christopher Meloni has been brought onto the cast (he was picked up for the role very soon after he left SVU), and he will be playing a Vampire Authority. Recently, The Hollywood Reporter reported that Jacob Hopkins has also landed a spot on this illusive governing body of vamps.

Jacob’s character, nine-year-old Alexander Drew, is described as “an impetuous little vampire who likes to taunt those around him.” Translation: he’s a little blond vampire with a temperament, who’ll probably be ripping out hearts right and left — in the most justifiable manner, of course. He is one of The Authority’s chancellors.

Let’s hope they make him super menacing. I love when show’s instill great power within an individual who would otherwise be viewed as weak or non-threatening.

Others who we know to be part of The Authority include Peter Mensah (Spartacus) and Carolyn Hennesy (General Hospital and Cougartown).

It’s going to be interesting to see what roles this governing body within the vampire world has to play in the upcoming season. Will they be the villains or work alongside our fave heroes to put an end to a much bigger evil — like perhaps the terrifying Russel Edgington? I have a feeling that he’s going to make it back, through some strange twist of fate, onto the show.

And we can almost expect that are fave little fairy-human, Sookie Stackhouse, is going to do something to tick them off. Now, I don’t have any insiders/spoilers as of yet, but I know Sookie’s character like I know the back of my hand and she’s just the type of person who would/could/enjoy angering a coven of THE WORLD’S MOST POWERFUL VAMPS.

Last season was the season of the witches. Now we can look forward to the season of The Authority! Are you all excited for the upcoming season of True Blood? Let us know in the comments section below.

Make sure to keep coming back to us for your latest celeb gossip/news. If you love us, we’ll most definitely love you (and send you cyber-hugs).

Image Credit to: Amy Barnard/DharmaVisions.com via The Hollywood Reporter