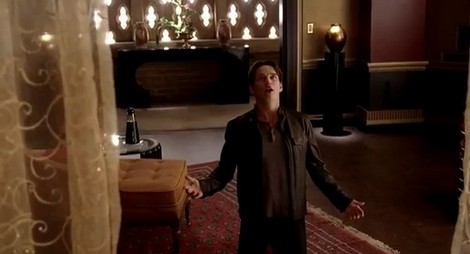 Tonight was the tenth episode of True Blood season 5 and it was another great episode, the season is really heating up and we are counting down to the finale, only two more weeks to go.  Can you believe it Trubies it seems like the season just started and it is almost over.   We have a sneak peek video and some spoilers to wet your appetite for next week’s episode 11 titled ‘Sunset’ !

On tonight’s show with vampire-on-human attacks increasing, the Authority attempts to woo public favor by having Reverend Steve go on television and claim that the attacks on the True Blood factories was done by terrorists. Meanwhile, Nora and Bill tried to convert Eric to Lilith’s gospel. Jason found a mysterious scroll and Jason and Sookie took the scroll to Claude who had one of the older faeries translate it with surprising results.  Meanwhile Tara took care of Elijah the vampire sheriff of Area 5 much to Pam’s surprise.  If you missed tonight’s episode you can read our full and detailed recap here!

Spoiler alert: If you’re one of those people who doesn’t like spoilers, stop reading now! We have some juicy spoilers for you about the season 5 episode 11 of HBO’s “True Blood”.

Official HBO synopsis of next week’s episode:  Synopsis: Slipping further into religious fervor, Bill gives Jessica an order she loaths to carry out. Armed with a damning video of Russell and Steve, the military delivers an ultimatum to the Authority. Claude and Maurella take Sookie to meet the faerie elder, who may know something about an ancient family secret. Alcide reconnects with his father; Sam and Luna hitch a ride into the Authority.

On next week’s episode the preview begins with Bill getting a message from Lilith.  She tells him, “Only one can lead us.”  She appears covered in blood and she tells him to drink the blood, drink it all.  She raises her bloody hand to his mouth.   This is probably going to brainwash Bill even more and he is going to think he is destined to lead the vampires.

Someone from the army comes to The Vampire Authority Headquarters and tells them, “This time you have gone too far, Vampires don’t stand a chance.”  Bill does not look pleased.  But the military gives an ultimatum to the Authority.  It is going to take more than the military to stop the vampires.  Will Eric be able to make Bill come to his sense? 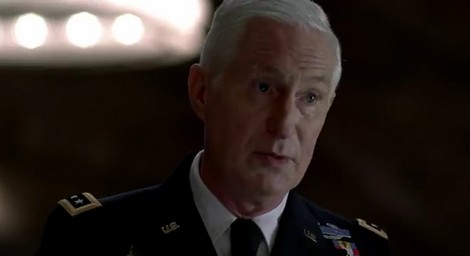 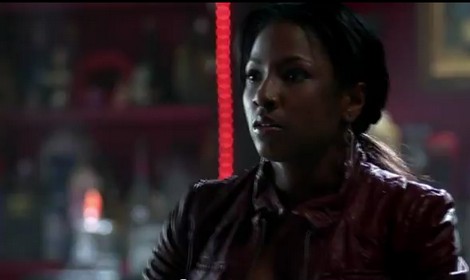 Meanwhile Sookie has decided that she is tired of running.  She tells everyone at the faerie club she does not want to run anymore.  Yikes…. will she be able to get the Faeries to jump into the middle of the vampire and human war.  I am not sure that would work out well, Vampires love faerie blood more than human blood.  Jessica is concerned about Jason and she tells Bill that Jason is out there and he is a sitting duck.  Bill tells Jessica, “Human mores are food and nothing more!” 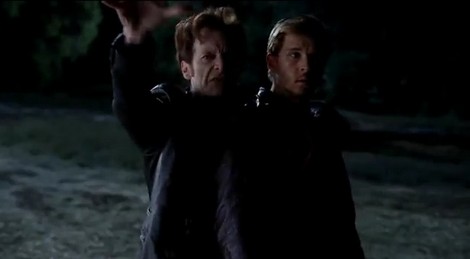 It looks like Jessica is right because Russell encounter Jason who has a gun and takes it away from him.  Sookie is with the faeries and Russell has Jason outside the portal to the faeries.  Russell screams, “Sookie Sackhouse, show yourself”   Sookie screams because she realizes Russell has Jason.

In the next scene we see Jason on the ground and Jessica has her arms around her telling him how sorry she is, it looks like Jason is dead!  Probably not!  Or maybe he will be a vampire?  That would be an interesting turn of events.  But I hope not, I like Jason just the way he is!

In the last scene we hear Bill screaming, “Who are you to defy me!”  Bill looks bat shit crazy and he is telling Salome he is the chosen one.

There is tons more in the preview, you need to watch it.  I don’t want to give away anymore surprises.  Did you love tonight’s episode, wasn’t the end a shock, again?  Hit the comments and let us know your thoughts.

“Sunset” on HBO on August 19th, 2012.   Check out the preview video and some pics above of episode 11 and let us know in the comments below what you think!