‘The Vampire Diaries’ Season 4 Spoilers: Where is Elijah? 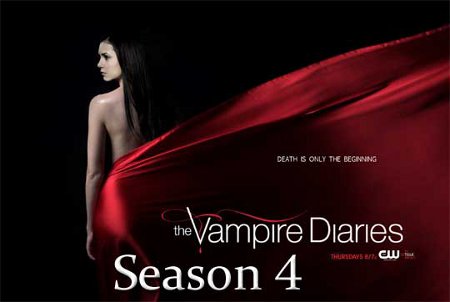 Season 4 of The Vampire Diaries is on its way back, and we are getting bloody excited. For those of you who get a bit nauseous when spoilers are brought up, then I suggest you turn back now; however, if you find yourself too excited and unable to wait for the October 11th premiere of TVD, then look no further because we have a juicy spoiler regarding one of the Original vampires: Elijah.

Elijah has been a recurring character on the show — making appearances and shaking things up with his ambiguous allegiances. He is the one Original who has more of a soft spot, and he always seems to harbor a particular but confusing sympathy toward Elena, who, as we will see this season, is going to have to cope with a new set of fangs and the uncontrollable vampiric hunger.

Daniel Gillies, who plays Elijah, had a few things to say about his character. “Elijah will definitely be back,” he tells Spoilers Guide in a video interview. “I think as long as there are vampires on the show that Elijah will be back. I mean he seems pretty indestructible at this point. With four deaths on my belt, I think I’m pretty much bullet proof at this point.”

Daniel Gillies says in his interview that he has no idea why his character resonates so well with fans, but he assures everyone that it’s the fans’ enthusiasm that keeps the show’s producers from killing him off for good. And we truly think Elijah is a great character, one that will always keep coming back.

What is it about Elijah’s mystique that resonates so well with fans of the show? Is there something that Elijah possesses that his brothers and sisters do not? One of the reasons why he’s such a compelling character in my book is his ability to play both sides of the playing field. You never know what you’re going to get when Elijah walks onto the stage — what are his true motivations? What is he going to do next? I think it’s that mystery — that subtle ambiguity forcing you to constantly ask yourself is he good or is he bad — that makes him such a powerful figure in the supernatural realms of Mystic Falls.

Are you excited to jump back into the chaotic world of The Vampire Diaries? Make sure to keep checking back here for more previews, spoilers, and speculations regarding season 4, which airs on October 11th. For all thing Vampire Diaries click here to head over to our vamp home.