BY Nicholas Sanford on February 17, 2012 | Comments: one comment
Related : The Vampire Diaries 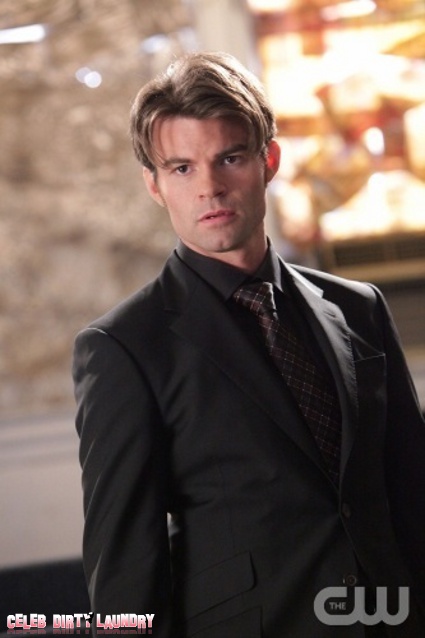 The Vampire Diaries is one of those shows that people just love. They like the characters, find the story intriguing, and are eager to return to such an authentic fantasy world each and every week. If you happened to catch last night’s episode, entitled “All My Children,” you know a whole bunch of stuff went down in Mystic Falls. Like, for example, the Original siblings preventing their own witchy mother from killing them. And, perhaps to some people’s great sadness, the exit of one of the show’s beloved characters: Elijah, played by actor Daniel Gillies.

Even though fans of Elijah (honestly, he wasn’t one of my fave characters on the show) won’t be able to see him on TVD anymore, Gillies revealed to E! News that he’ll be part of a new show entitled Saving Hope, a medical drama set to air on NBC. *Sigh* We don’t need anymore medical dramas!

Back to Vamp Diaries news. . .

Gillies, in talking with E! News Online, said that one of his all-time fave moments on The Vamp Diaries was a scene that never even made it into an official episode! Fans never even got to see it! However, even though you haven’t seen it, you probably won’t be surprised to find out that it was a scene with the doppelganger herself, Elena.

He describes the scene as “succinct and pure.” Apparently, in the scene involving both characters, Elena does something (probably something Elena-esque and irrational) and Elijah just stares at her. “She says: ‘What? What is it?’ and Elijah says, ‘It’s nothing. You remind me of what I liked about being human.’ I liked it. I just thought it was one of the best things they ever wrote.”

That does sound like some good writing! Too bad we never got to see that scene.

Gillies admits that he doesn’t “get” the overwhelming response to the Elijah character, but extends his gratitude to fans of the show. To hear a bit more from Gillies as to why he thinks fans have grown to like Elijah, one of the badass Originals on TVD, watch the interview he did with E!

I play a heart surgeon in it. It’s this very dreamy, hospital procedural. That makes it sound boring! It’s actually really amazing. It’s stunning and I never say that about anything that I’m in ever. Usually because I’m in it and I’m soiling it, but even this project was Daniel-proof! It’s just beautiful . . . One of the main protagonists, played by Michael Shanks, falls into a coma in the pilot and he basically becomes this phantom narrator of the show. My character comes in to essentially kind of replace him, although I’ve already been brought on staff anyway.

Does this new show sound interesting to you? Let us know in the comments section below! Also, to honor his character, tell us what your fave Elijah moment was! Make sure to come back for all of our Vampire Diaries recaps, updates, news, and wrap-ups! CDL will always keep you up-to-date on the Celeb World’s most important supernatural drama!