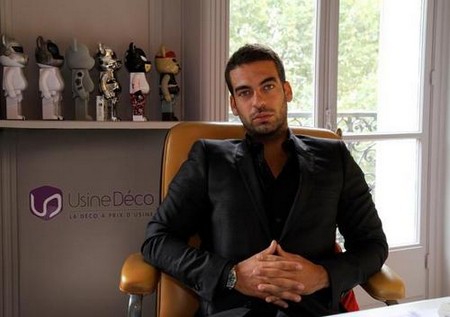 Move over Johnny Depp – Vanessa Paradis has a new man in her life, and it’s French millionaire Guy-David Gharbi.  Vanessa, a singer and actress, announced her split from Depp back in June after much speculation that there was indeed trouble in the couple’s 14-year union.

While the two have maintained that there sole interest is the welfare of the their two children, Lily Rose, 13, and Jack, 10 – both are seeming to move on with their lives while still maintaining a solid front.

Depp was previously linked to his co-star Amber Heard amid rumors of his and Vanessa’s pending split, although that romance has yet to be confirmed.  Vanessa met her French beau on a flight from Los Angeles to Paris back in May and they are said to be getting very close.

”Vanessa and Guy-David have become close over the last few months and even though they are still taking things slowly, they are dating now. Guy-David’s made his feelings clear for Vanessa but told her he’s happy to give her all the time she needs.

”They’ve been going for quiet romantic dinners in Paris and just enjoying each other and having fun. It’s been a very healing thing for her.”

A source also told the Sun, “Guy-David’s put a smile back on Vanessa’s face, she looks younger and is even singing and writing songs again”.

Well good for her, getting over Johnny Depp is a tough feat I’m sure.  Johnny is also said to be very supportive over Vanessa’s new romance, only further cementing the fact that these two parents really want the best for each other.  See – celebrity splits don’t all have to be messy!