What Happened To The X Factor USA’s Melanie Amaro? We Have The Details! 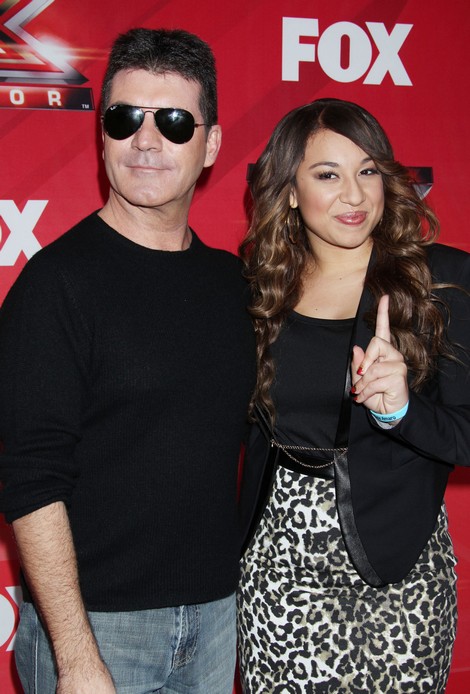 The first season of The X-Factor USA was welcomed to our television screens with its usual epic Simon Cowell production values. The show was touted to surpass American Idol both in viewership figures and in sheer awesomeness, but the first season’s ratings and critique became above average at best. Critics specifically noted the weird chemistry between the judges and the terrible and abhorrent hosting skills of the unknown Steve Jones. However, the season continued without much hype and excitement until the live rounds came around and the world became fixated to their television screens.

There were some of the most memorable television moments during the first season, specifically Astrogate and Rachelgate. Astro, the sweet talkin’ rapper, became an international sensation during his live televised outburst during on one of the vote off episodes. He cheekily lambasted Simon Cowell and the judges and eventually made a fool of himself. Rachel Crow, the sweet and personality driven young singer, became one of the most talked about contestants in the history of the format, when she was voted off prematurely by the judges. The moment, which many have referred to as the “Rachel Moment”, resulted in hysterical screaming and crying from both Rachel, the judges and Steve Jones. It made for riveting reality television.

The shining stars of the first season were the incomparable Chris Rene, with one of the most interesting drug-rehab back stories to date; the smooth voiced Josh Krajcik, and the eventual winner of the show, Melanie Amaro, who was brought back by Simon after a production error during the judges’ houses stage. She was a shining example of powerful vocals throughout the season, with an inspirational themed episode which became infamous, when she completely broke down after the performance and began speaking in a foreign Virgin Islands accent. This was both captivating and contrived, but America loved her for it and voted her as the winner of the premiere season of The X-Factor USA.

Well, what happened to Melanie Amaro? She has been extremely quiet since her win, which is to be expected from Simon Cowell’s marketing techniques. He has been waiting to release Melanie to the world during the second season of the X-Factor, which has worked well in the past UK seasons of the show. This is a risky maneuver and could result in the eventual loss of $5 million which is being paid to Melanie every year, for five years, after her win. Also, in one of the most interesting moves, Melanie wasn’t released to the world with a coronation single, as Simon wanted to take time to mature Melanie and marinate her in the music industry. Celeb Dirty Laundry did some investigation into the matter.

Melanie’s Pepsi commercial aired during Super Bowl XLVI on NBC, as part of her prize package. The commercial had Melanie singing a dance cover version of Aretha Franklin’s “Respect” alongside Elton John and Flavor Flav. This song was released as a download during February of 2012 and became known as the unofficial Melanie coronation single. This cover reached a peak position in 3rd place on the Billboard US Dance/Club chart during the final music week in March. Her official debut single called “Don’t Fail Me Now” was released on the 1st of August, 2012 and has garnered mixed reviews from critics.

Gerrick Kennedy of the Los Angeles Times called the song a “complete misfire for a debut release, especially since viewers haven’t seen Melanie since January of 2012.” Her vocal performance on the single was described by Kennedy as “flawless”. In true on-peak marketing, the song was released to digital outlets yesterday (9/11/2012) and has achieved over 140 000 hits on YouTube and over 6, 500 plays on TwitMusic, Twitter’s music site.

The song is a catchy, techno driven and slightly outdated single by a woman with a voice made from gold. In our honest, humble opinions, the single is nowhere near the standard of a $1 million per year artist, nor is it intelligent enough to truly make an impact on the music industry. We can be sure that Simon and co will be hyping this song non-stop during the second season of X-Factor USA and if things don’t work out as they should… Well, let’s just say Joe McElderry, the sixth season UK X-Factor winner who left the Syco label (Simon Cowell’s label) after his debut album and single release. He spoke out about his departure from Syco and told Real Radio in the UK, “I think a lot of it was to do with the fact that I went away for so long… I think we left it a bit too late with releasing the album. But I think it’s also down to the label. There were timing issues and we missed out on a few things.”

We hope Joe McElderry’s words will not ring true for Melanie Amaro, as this girl still has an amazing career ahead of her. Let us know in the comments below if you liked Melanie Amaro’s official debut single.