Whitney Houston Is Begging For Loans 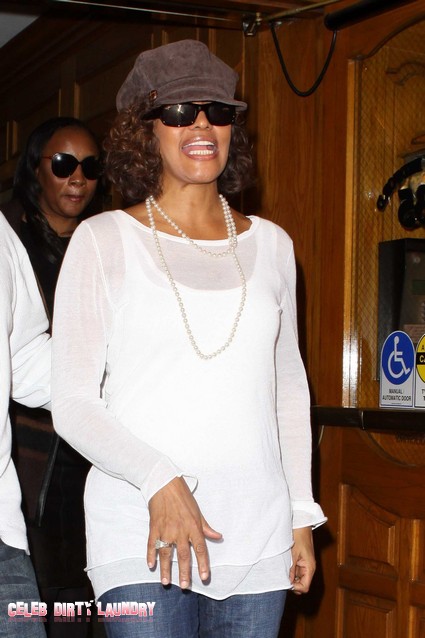 Whitney Houston has burned through all her money as a long-term crack head and is now reportedly “broke as a joke.”   Whitney signed the biggest record deal in the music biz up to that time – which was in with 2001 with Arista/BMG. She agreed to be paid $100 million to deliver six new albums. Now she is broke… what a moron.

Whitney has battled crack cocaine addiction unsuccessfully for decades, burning through millions of dollars, and is being supported by her record label Arista. The label has given her an advance payment on her next album but from what we saw of Whitney during her most recent comeback attempt the label has little hope of recouping their ‘investment.’

After Whitney’s recent failure at returning to the spotlight through a live performance tour one would think that the star would realize that it is all over but the crying. But no – there are still those greedy producers who want to wring a few more dollars out of a burned out star.

Bobby Brown’s ex-wife’s financial woes have her so cash strapped she’s been begging friends for help.  The source added: “She called someone to ask for $100. It is so sad. She should have Mariah Carey money, and she’s flat broke.”

Sounds like a typical crack head to me. So she used to be able to sing – big deal – as a person she is a total failure.