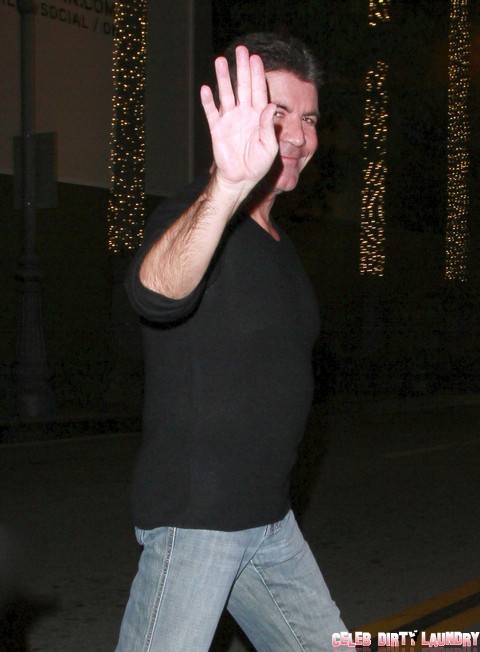 The X-Factor USA might be heading down the proverbial toilet very soon. After the second season, the show waned in viewership ratings and loitered around the cesspool of junkyard television. Many fans of the show blamed the poor chemistry between the judges, the horrible contestants, the meager song choice, and the overall blitzkrieg fashion of the eliminations.

L.A. Reid, one of the most annoying judges ever, recently revealed that he was quitting the show at the end of the second season, while Britney Spears, one of the most boring judges ever, is facing the axe from producers and might not return for a third season. Demi Lovato, on the other hand, is still sticking around if current rumours are to be believed. Now, according to a latest Star magazine report, hysterical Simon Cowell is planning to pen down contracts for Katy Perry, Shania Twain, Jessica Simpson, and/or Kim Kardashian. A source alleges that there is a “crisis” on the production side of the show and that “Cowell’s fellow judges have either ditched out or are about to.”

Viewers do not realize the grueling toll the show takes on the celebrity judges. While they don’t always have to be present during the rehearsals, they have to be present when the cameras are rolling for the official lead-in scenes. Yes, they get paid massive amounts of money, but their professional lives become part of X-Factor for a six month period and many celebrities – especially big names – cannot jeopardize their professional schedules for a quick $15 million. What this means is that big name judges won’t stick around for too long on the US version of X-Factor – they either need to be B-list-borderline-C-list and/or they need a kick start to their failed careers. Those are the only ways a celebrity judge will be tied down.

Certain gossip myth busters are saying the above isn’t true, and we tend to agree with them. We highly doubt any of those four names will be a good fit for the show. Katy Perry, for one, has been linked to X-Factor and Idol for years, but she still hasn’t signed the deal. That makes it obvious that she most probably never will.

What do you think? Do you think these four superstars will do well on X-Factor? Let us know your thoughts in the comments below.