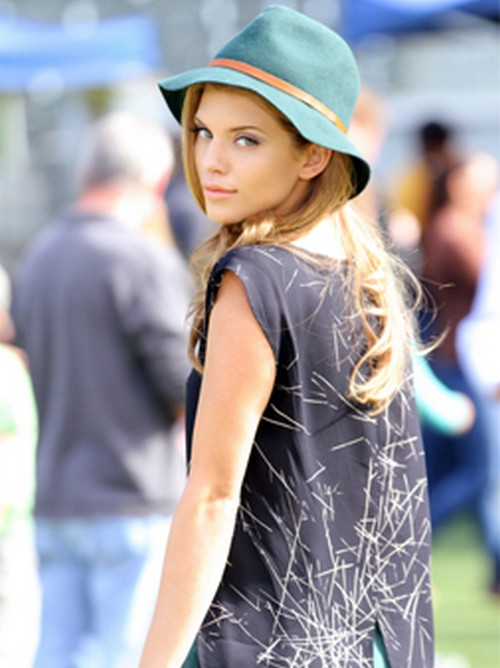 Tonight on the CW a new episode of 90210 returns called, “Brother from another Mother.”  On tonight’s episode Liam (Matt Lanter) experiences some symptoms of post-traumatic stress disorder while preparing to testify against Ashley (guest star Natalie Morales).

On last week’s show Naomi and Max (guest star Josh Zuckerman) co-hosted a charity football game which re-kindled old feelings, while Navid pushed Liam to continue underground fighting. Adrianna purposely sabotaged a performance so Dixon would let her out of her contract, and Annie’s blog got the attention of a publisher.

Tonight’s 90210 episode 14 is going to be exciting, and you won’t want to miss. So be sure to tune in for our live coverage of 90210 — tonight at 9PM EST! While you wait for our recap, hit the comments and let us know how you are enjoying Season 5 of 90210? Check out a Sneak peek video of tonight’s episode below!

Annie is juggling a bunch of stuff and she steals a few minutes to check in with Naomi to see what she wants. The conversation starts off with Naomi introducing her to Mark, who runs a taco truck. Naomi says she wants to track down their half brother and after a minute or two the gig is up. Naomi says that Mark actually IS the half brother. Mark deduces that there is no job and he could care less about the family tree.

Silver is jumping through hoops trying to accommodate and basically over protect her surrogate, Machaela. She’s staying with Dixon and obviously starting to feel like she’s on a very short leash. She actually asked Silver for a day off and Silver informed her that they have yoga the next morning.

Liam is having a hard time dealing with being stuffed in a box and nearly shipped off to Mexico. It’s suggested that he begin confronting things and dealing but he’s not ready. He talks to a therapist but believes that she has no idea how to help him. Naomi bumps into mark at the cooking contest. He is ready to take his taco truck and speed off until he realizes that Wolfgang Puck is judging. Dixon walks up to get a taco and it turns into a weird chat with Annie too. They are all likely related but Dixon has no idea.

Dixon actually discusses the long lost half half brother with Annie and she tells him that she hid the details that Naomi told her because she feared that the truth would send Dixon back to doing drugs again. He reassures her that it’s not ever going to happen.

Back at the food contest, Mark’s taco’s are the winning meal and he is stunned. He thought that the crepes would have won. Wolfgang thought so too but they had a weird Jalapeno taste. Mark instantly realizes that Naomi sabotaged the food so that he’d win and he storms out.

Macheala decides to talk to Silver about her over involvement in her pregnancy. Silver is pissed that Maceala hooked up with Navid and she realizes that she can’t control everything that it’s not healthy. Naomi is curled up with a glass of wine when Annie decides to check and see if she’s ok. Naomi feels like she has screwed up every important relationship in her life and she just wants someone to really be there. She hoped to have a shot but accidentally set his taco truck on fire. Annie goes to him and delivers a check from Naomi so that he at least has the means to start over.

Mark pays Naomi a visit and tells her that the truck fire gives him a chance to open a restaurant. He realizes that she needs him and so he wants her as a partner. Dixon happens to overhear Maceala singing and realizes that hers is the voice that his music company has been looking for all along. Tune in next week for more on 90210!