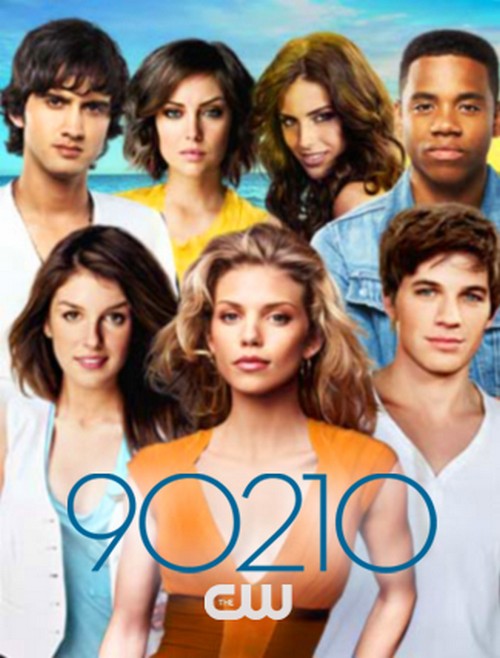 Tonight on the CW a new episode of 90210 returns called, “Strange Brew”.”  On tonight’s episode Naomi (AnnaLynne McCord) decides to open a restaurant with her half-brother Mark (guest star Charlie Weber), while Dixon (Tristan Wilds) books Michaela (guest star Lyndon Smith) to perform at the restaurant opening.  Did you watch the episode?  We did and we recapped it here for you!

On tonight’s show ANNIE REALIZES SHE MIGHT HAVE FEELINGS FOR LIAM AGAIN – Naomi decides to open a restaurant with her half-brother Mark (guest star Charlie Weber), while Dixon books Michaela (guest star Lyndon Smith) to perform at the restaurant opening, unbeknownst to Silver.

Annie feels confused about her newly re-surfaced feelings for Liam and Navid agrees to escort Campbell’s (guest star Grant Gustin) fiancé to an event, only to find out Campbell is cheating on her. Trevor Donovan and Jessica Lowndes also star. Bethany Rooney directed the episode written by Brian Dawson.

Tonight’s 90210 episode 15 is going to be exciting, and you won’t want to miss. So be sure to tune in for our live coverage of 90210 — tonight at 9PM EST! While you wait for our recap, hit the comments and let us know how you are enjoying Season 5 of 90210? Check out a Sneak peek video of tonight’s episode below!

Tonight’s show begins with Annie having a hot fantasy about Liam and when reality returns he is asking her to rub aloe on his back. She shudders at the thought and makes an excuse for why she can’t do it. Michaela is loving her time with Dixon and he has worked on her song and turned it into a pretty cool track.  She points out for the millionth time that while she agreed to be Silver’s surrogate she’s still living for herself.

Annie waits nervously while Amanda reads her next manuscript. Amanda loves it but says it needs and ends. In between all the hot sex she needs to find the heart that her characters must have somewhere. Hannah is clearly going through a rough spot and her clouded judgment believes that movie her new half brother, Mark in with her is a great idea. Hannah talks to him because they are opening a new restaurant together and it’s clear that she has another plan in mind too. I don’t understand why this girl is clinging to a relative that she has only known for ten minutes.

Silver is trying to do something other than obsess over Michaela  carrying her baby so she is filming stories about every day people for a documentary.  Annie stops by and she ends up talking about her fantasies about Liam. She knows that crossing the line is what ruined their friendship and she doesn’t want him as a boyfriend. But she really wants to screw him.

The girls listen to a woman tell them her love story, how she and the love of her life were always out of sync and even married other people until one day they both wanted the same things. Listening to her makes Annie need to find Liam immediately.

Naomi is talking to Mark about their restaurant opening and he tells her not to worry because it’s just a “sodft opening” anyway. When he explains that means it’s small to work the kinks out she informs him that it won’t be small because she invited 100 people.  Michaela sings at the restaurant opening and Silver is furious with Dixon. She thinks it was selfish of him to launch this girl’s singing career when she should be home on a couch gestating.

Anie gets up the nerve to go and talk to Liam. The two start to get hot and heavy and she wants to talk to him. She starts pouring out her heart, asking for another real shot at something good. She tells him that she still loves him and turns around to find him asleep face down on the couch.  As her conversation falls flat Naomi and Mark are making headway. He follows her outside the restaurant and for the first time they begin to connect over things.

At some point Dixon snuck Silver’s video camera and makes her a short flick suggesting that they work together to build Michaela’s career. Tune in next week to find out if their partnership will work!