Alec Baldwin Suspended For Homophobic Rant – Can MSNBC Fire Him? 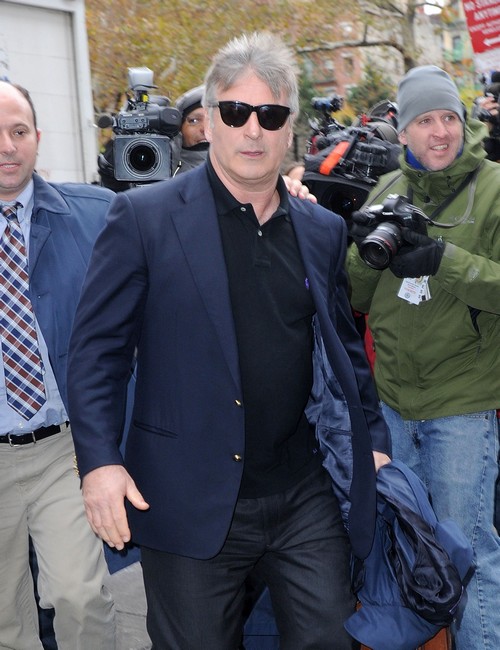 Haven’t we’ve been here before. I feel like we have. Now it’s no longer even new when we hear Alec Baldwin went off on the paparazzi or a journalist. It came to a point where we all kind of figured he just hates everyone in the media but this time something has changed. He’s no longer getting an easy pass for being a complete douche bag. Alec was suspended form his talk show at MSNBC for  a full two weeks.

Apparently Alec had tried his old routine of a heartfelt apology where he also expressed his frustrations with the media hounding him for a reaction. In the end it didn’t work and I have to say I honestly didn’t see that coming. Whenever Alec does something stupid or downright offensive, he always used to get a slap on the back. Yet here is some long overdue repercussions.

“I would like to address the comments I made this past week. I did not intend to hurt or offend anyone with my choice of words, but clearly I have – and for that I am deeply sorry. Words are important. I understand that, and will choose mine with great care going forward. What I said and did this week, as I was trying to protect my family, was offensive and unacceptable. Behavior like this undermines hard-fought rights that I vigorously support. I understand “Up Late” will be taken off the schedule for tonight and next week. I want to apologize to my loyal fans and to my colleagues at msnbc – both for my actions and for distracting from their good work. Again, please accept my apology.”

Here’s why people are giving up on his often objectionable personality. He used a term to imply gay in a derogatory manner. In doing do this he implied there was something wrong with being gay so much so that accusing someone of being gay should serve as an insult. There is nothing wrong with being gay. There is something wrong when a grown man thinks when belittling someone he has to throw in sexual preferences. It’s not the first time Alec has done this and thank God, yes I said God, someone said bull after his “apology“.

Welcome to the 21st century.