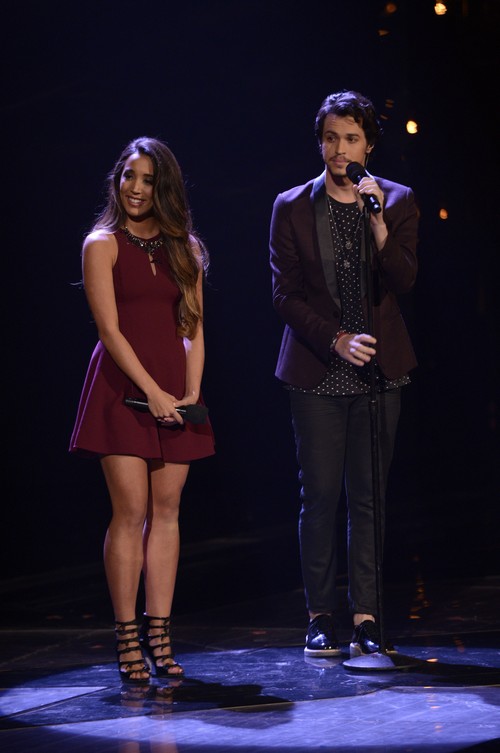 Alex & Sierra took the stage  on THE X FACTOR USA for their Top 3 FINAL live performances to impress America with their duo with Leona Lewis.  From team Simon Cowell, Alex & Sierra sang “Bleeding Love”  by Leona Lewis. On tonight’s show the top 3 performed live in front of coaches Simon Cowell, Kelly Rowland, Demi Lovato and Paulina Rubio for America’s vote and to be crowned the ultimate winner of The X Factor Season 3.  Did you watch tonight’s performance show? We did and we recapped it here for you.

Judges’ comments: Kelly said, “You all look great, I love you I can’t help it.  It was a nice vocal.”  Demi said, “I felt like to be honest it was not your best performance.  I think Leona did a great job, you have enough to win it.  But it was not your best.”  Paulina said, “I think it was amazing performance.  I love you guys.”  Simon said, “You respected the artist.  I think it was a beautiful version.”  If you want Alex & Sierra to stay around another week you have to vote for them.  Right now it is anyone’s game and it is the last chance for the acts to impress.