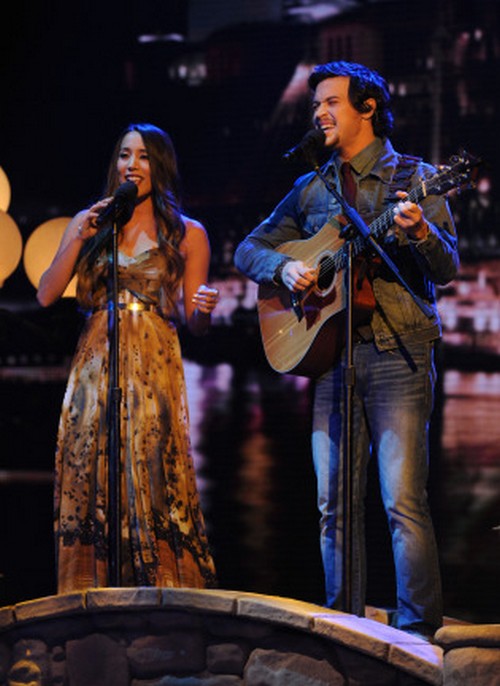 Alex & Sierra took the stage  on THE X FACTOR USA for their Top 8 live performance and Big Band Week.  Alex & Sierra sang “I Knew You Were Trouble”  by Taylor Swift. On tonight’s show the top 8 performed live in front of coaches Simon Cowell, Kelly Rowland, Demi Lovato and Paulina Rubio for America’s vote and to make it to the coveted “Top 6.”  Did you watch tonight’s performance show? We did and we recapped it here for you.

Judges’ comments:  [JUDGES COMMENTS WILL BE UPLOADED WHEN THEY ARE RELEASED] – If you want to see Alex & Sierra make it another week, you have to vote for him.  Alex & Sierra took to their twitter and said about getting ready for tonight performance, “blown away by dress rehearsal. every one sounds and looks AMMAAAZZZINNNGGGG!”