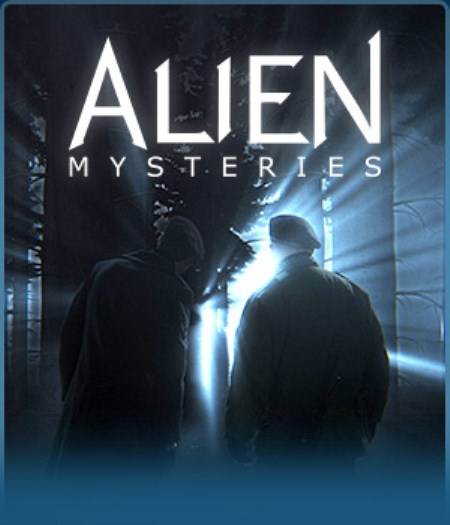 In the season opener last week there were two episodes, the first was The Reed families accounts of alien abduction that were explored, the journey was terrifying yet thrilling. The second was about Stephenville Lights.

Tonight there are another two episodes, the first is “Corina Saebels” and recounts back to July 1991 when Corina Sawbels, a devoted single mother of two, sees a huge spaceship hovering over her home in Aldergrove, British Columbia – the full and detailed recap can be found HERE at 8:00pm tonight.

The second episode tonight is “Rendlesham Forest” and goes back to Christmas eve 1980 when US Airmen Jim Penniston and John Burroughs venture into England’s Rendlesham Forest to search and investigate a probable downed airplane – the full and detailed recap can be found HERE at 9:00pm tonight.

The stories are backed up be credible witnesses, investigative reports and tangible evidence. Alien Mysteries is doing all they can to chase down the truth about the skies above us. Unlike previous alien series, Alien Mysteries has the potential to keep us on the edge of our seats with state of the art special effects by Toronto based Acme Digital Pictures which has a reputation for being highly sophisticated.

You won’t want to miss either episode, so be sure to click on the links above for the full and detailed recaps.