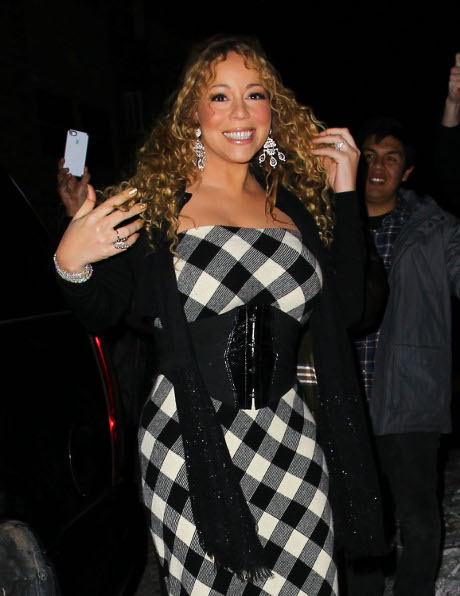 American Idol is a whole mess this season, and the new judges, Keith Urban, Nicki Minaj, and Queen Diva Mariah Carey, aren’t helping the matter. Simply put, they are crazy. On the edge of this cray-craziness comes the revelation of some scandalous, dirty secrets that the judges definitely would’ve wanted kept on the down low. The skeletons of their past — the things they desperately tried to keep from their fans — have finally made it out into the open. Their dirty laundry is hanging to dry. You know you want to take a look at their scandalous garments.

Country superstar Keith Urban is a worldclass guitar player. He’s also a worldclass cheater. Yikes. According to the Enquirer, just before Keith Urban was to be married to wife Nicole Kidman, he had a steamy sexual affair with an adult film star. Allegedly, the cheating beast dove for the kill at a mock bachelor party in L.A.

Nicole must not have been too worried about his last bachelor sexcapades because they seem to be going strong. I wouldn’t want to mess with Nicole Kidman. I have a feeling she has a fierce streak.

On the Nicki Minaj side of things, well, she’s trying to cover up a secret lesbian relationship with Rihanna! Nicki Minaj is openly bisexual; however, few of her fans know of her past with Rihanna. The magazine reports: “Barbadian bombshell Rihanna tweeted a photo of her and Nicki, saying that they were “getting busy” and that she was having a hard time keeping her hands off the flamboyant “Starships” singer! The two women continued to exchange flirtatious tweets, implying that they had an ongoing sexual relationship and had even moved in together!”

Now, Nicki is saying it was all a joke. We gotta wonder though. And fans gotta wonder now, too. Scandalous secret or misunderstood joke?

There’s not much going on with Mariah Carey — other than the fact that everybody hates her show and is claiming that she’s quickly turning into a washed up singer who can’t put on a decent gig. She’s been deemed an amateur who puts on an amatuerish show. Holy moly. Good thing she nabbed this American Idol judge’s seat. Who know how much longer her performance career is going to last!

What do you think about all this crazy American Idol nonsense? Time for the show to call it quits forevah?