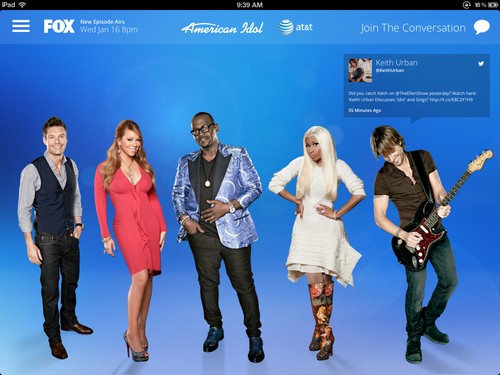 Tonight AMERICAN IDOL is back and Hollywood Week continues with the ladies! Last week there was the usual tears, drama, broken dreams and triumphs. It does not matter whether auditioners received a unanimous “yes” from our judges Mariah Carey, Randy Jackson, Nicki Minaj and Keith Urban it’s a clean slate in Hollywood. It is anyone’s competition at this point. Did you watch last week’s beginning of the Hollywood Round with the men? We did and we recapped it HERE.

On last week’s show the men took the stage, alone and in groups performing for the judges and the pressure continued.  At the end of last week 28 men made the cut – but, they were brought back on the stage and told on Thursday [February 14th, 2013] after the ladies perform, 8 more men will be cut, YIKES!

On tonight’s show the girls get their chance to win over the judges.  First, they will face the judges and sing a cappella, trusting only in their talent to make it another day. Those that survive will then join forces with one another – trusting in friends and, possibly, foes – for the heart-pounding, sleep-deprived group day. Those who stand out will move on to the solo day, giving the remaining contestants one more chance to impress the judges and make the Top 40.

Stay tuned to tonight for a full live recap of tonight’s episode. We will keep you up to date on all American Idol news, reviews and spoilers and make sure to check back here regularly for more information on your favorite television shows! So don’t forget to come back to this spot at 8:00 PM for a live recap of American Idol to see the “Hollywood Week Women” – recap at 8:00 PM EST!