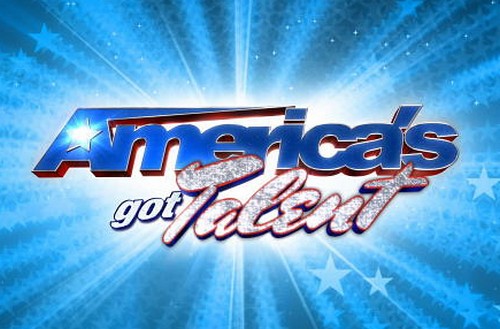 Tonight on NBC their hit reality talent show AMERICA’S GOT TALENT continues and the live competition continues from Radio City Music Hall in New York City. Did you watch last night’s episode? We did and we recapped it here for you.

On last week’s show It was the first night of live auditions from New York City, and the competition was stiffer than ever.  The contestants wanted to prove that they’re the rightful heirs to AGT’s million-dollar prize.  The show did really well in the ratings last night.  Actually it was the best show of the season.  So last night the first 12 acts of season 8’s top 60 contenders performed.

On tonight’s show the  first live results from the first 12 acts on last night’s show will be revealed.  So we will find out how America voted when only 4 of the acts will move forward.  Either Anna Christine, tellAvision, American Hitmen, Marine Veterns, Special Head, Fresh Faces, Collins Key, Kevin Downey Jr., Aaralyn & Izzy,Alexanderia, Cristef Brothers, Hype and Branden James.  After that 12 more acts will perform.

The show begins with a montage of footage of recent promotions for the show and fans lining up outside Radio City to see the live show. Nick Canon is introduced next and he takes the stage. He welcomes everyone to the results show and introduces the judges. Nick does a schpeel with the judges and has the judges give their thoughts on the performances from the night before.

Howie says some shined and some cracked. Mel B talks about how it felt to have her first live show, she is very grateful to be apart of AGT. In the midst of talking to the judge Nick shares that all the judges have a big fan base then clips of kids talking about the show plays. Once that is done the top four Snapple designed cups are revealed and fans can vote for which cup ends up the big winner.

Nick goes to the Snapple talent suite to spend some time with the acts from the night before. He asks questions from online to two of the acts. Fans wanted to know if Collins Key has a girlfriend, he does not. The next question was for the KrisStef Brothers were asked how much they could bench press, they asked Nick’s weight in an attempt at a joke. That was all for the questions as Nick introduces Labrinth and Emeli Sande who give an amazing performance of Beneath Your Beautiful.

After that performance comes a montage of all the acts from the night before hanging out Orville lounge having a pretty good time. That happy little clip ends and it is time to find out it is time to get down to business. All the acts are on stage and as they wait to find out their fate. Nick calls Alexandria The Great, Izzy and Aralyn and Kevin Downey Jr. Before the results are given all the three acts performances from the night before are shown as well as the judges commentary. Out of those three acts America chooses not a single one is chosen to move on to the semi-final round. Howard is disappointed that Alexandria did not get to move on. He gives them all props.

Special Head, Fresh Faces and Hype are the next three acts to be called forward. After the highlight video of all their performances from the night before, as well as judges commentary it is revealed that none of those three acts will be going on to the semi-finals. Howie tells Fresh Faces they are young and talented but it was not their time. He tells Hype they are good but didn’t think Radio City was the stage for them because not all their special stuff can be seen. As for Special Head he calls him a favorite but lets him know he blew it last night.

There are still four spots remaining in the semi final rounds as Nick calls Television, Collins Key and The Kristef Brothers. Again there is video highlights from the night before with the judges comments. Once that is done Nick gives the good news to The KriStef Brothers that they are moving on. The guys are thrilled obviously and Mel B tells them she is very happy about that decision. Television and Collins Key are still waiting and America voted to send Collins Key, which is not a surprise at all. Heidi is pleased with the result and she wants to see more of Collins. She even calls him the next David Copperfield.

And last on the stage to find out if they are moving and going home are Branden James, Anna Christine and American Hitmen. Highlights from all their performances the night before are shown before the final two are revealed. In the end Branden James has his name called to move on. He thanks America and gets big props from Howard who tells him he is in real good shape for this competition. There is a little drama surrounding the fourth act to make it to the semi-finals. Turns out the judges have to decide whether Anna Christine or American Hitmen. Heidi goes with Anna, Mel B picks American Hitmen, Howie also picks American Hitmen. The final vote is Howard who also picks Anna meaning it is a tie. The tie-breaker is the act who received the greatest number of votes and that is Anna Christine.