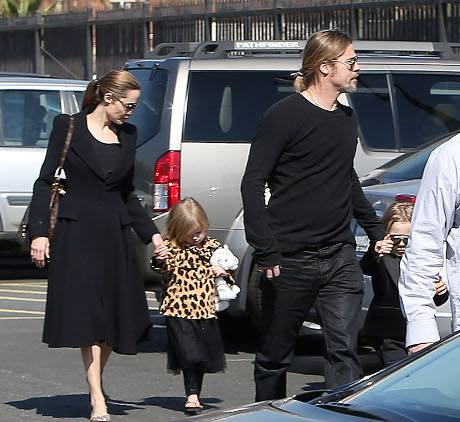 There’s no doubt in our mind that the Angelina Jolie and Brad Pitt wedding is going to be extravagant, but it’s not going to be so extravagant that there will be elephants parading around to add an exotic flare to the nuptials. In fact, there won’t be any animals at the ceremony. And I bet you can guess one organization who’s happy as a clam. Yep, PETA! They recently issued a statement regarding the Angie and Brad Pitt wedding confirming that the ceremony will be an animal-cruelty free zone. And, honestly, would we expect anything less from these celebrity do-gooders?

The statement released from PETA reads: It would be out of character for Angelina Jolie and Brad Pitt—a couple who clearly values family and has donated millions to safeguard land and wildlife in Africa—to have elephants at their wedding ceremony. They probably realize that elephants used as props at events and in other forms of entertainment are separated from their families, kept chained most of their lives, carted from town to town, and beaten in training so that they perform on cue. They know that sensitive, family-oriented animals deserve to live in peace. PETA wishes the couple all the best in their life together.

Guess that settles that, huh? The rumors eventually picked up momentum after their florists went on the record saying that the ceremony would be employing 8 elephants, one for each member of the family — and that they would ride in on them like some exotic form of royalty.

I think it’s safe to say that Angelina Jolie and Brad Pitt aren’t looking to use such a cute creature in this way, but that doesn’t mean other celebrities feel the same way. You hear all the time about how these wedding ceremonies get super crazeballs super fast . . . . I have a feeling that their wedding, while lavish and grand, will be simple-yet-elegant. Any thoughts on the wedding? If so, let us know in the comments section below!