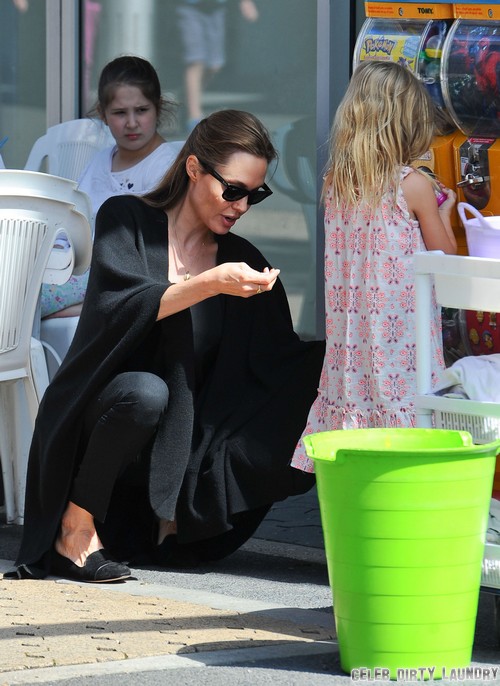 There have been a few rumors going around lately that Angelina Jolie and Brad Pitt have gotten married, though they’ve done it in secret; the rumor began after Angelina was seen wearing a new ring on the finger where you’re supposed to wear the wedding ring on.

Angelina has been wearing a gold band on her left ring finger ever since April, which is the wedding ring of Brad Pitt’s grandmother that’s said to symbolize their impending marriage. But the ring that’s been seen recently, by Radar, is something that no one has seen before until Sunday on 30th of September when Angie was at Bondi Beach, NSW, Australia.

Brad Pitt was seen shopping with Angelina Jolie at a Hong Kong jewelry store and Brad ended up spending around $300,000 on gifts for his now secretly wedded wife.

Did Angelina and Brad got married in secret?  There’s no doubt that it’s possible that they did due to the fact if anyone found out they were going to get married it would cause a huge commotion amongst the media. They might have wanted to keep it on the down low to enjoy a quiet marriage in their own peace and quiet – that alone makes it seem like a great idea to get secretly married.

Angie and the kids in Sydney Australia September