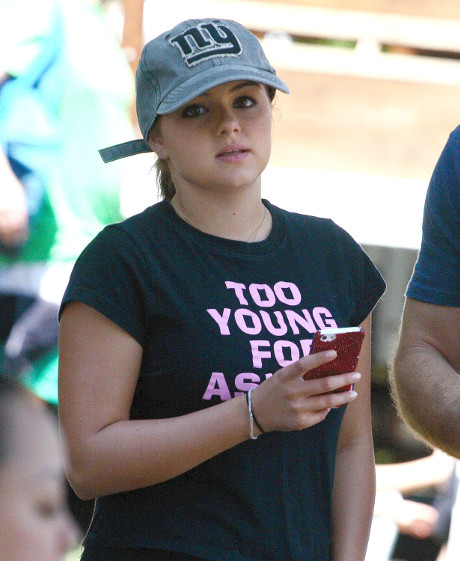 The legal battle involving Modern Family star Ariel Winter and her mother, Chrystal Workman, takes a weird turn as Workman denies sexual abuse allegations she was never charged with. The confusing part is that Ariel never even documented instances of sexual abuse with the courts, so it’s somewhat peculiar as to why exactly she felt the need to bring up, and deny, a charge that was never — technically — filed against her.

TMZ reports: “Workman filed legal docs, obtained by TMZ, in which she claims her 15-year-old daughter has accused her of “sexual abuse or sexual molestation.”  Workman says, “I adamantly deny these accusations.” Here’s the problem … The “Modern Family” star has never hinted at sexual molestation in her guardianship case.  She has only alleged physical and emotional abuse, so it’s confounding as to why Workman is denying something that was never raised in court.

We’re a bit confused by the whole ordeal, but some think that Chrystal might be referencing — or commenting on — a statement made in Cameron Palatas‘ deposition, which says, “Chrystal had wanted me to sleep in Ariel’s bed.” But, even then, no claims alluding to this type of abuse ever came from Ariel so we are . . . . confuzzled.

What do you think about this most recent development in Ariel Winter’s case against her mother?