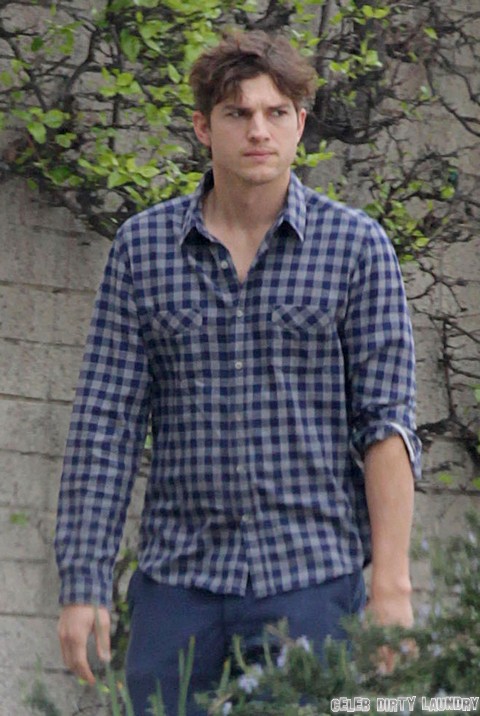 There are a few things in life that are pretty certain- life, death and once a cheat always a cheat. I know that last one has the very rare exception to the rule, but for the most part it holds true. Ashton Kutcher has always been a cheater. His eye has always wandered when his significant other is at home, in another country or even in the next room. He just can’t seem to help it. Fidelity is his weak point and surely Mila Kunis knows this. She first got to know him 15 years ago and she has watched him make the same mistakes with women over and over.

So why she thought she would be different is a mystery. Her thinking that she can change Ashton is right up there in ridiculousness as Stacey Kiebler thinking that George Clooney will marry her.  Neither is going to happen. Ashton first hooked up with Mila as his marriage to Demi Moore screeched to a halt. He wanted off the aging, insecure crazy train and I totally get that. Demi has blabbed about Ashton cheating with Mila and he may very well have since he cheated with other women first.

Now that he’s with Mila he has what many men would die to get their hands on. A hot chick with a brain (that only fails her in relationship smarts). Instead what does Ashton do? Well, while in Austin for the SXSW festival on Monday night he got super cozy with a brunette in the VIP section of My Bar, according to Sources  (Pics Here).

Mila was obviously not there and so Ashton did what he so often does, he went out of his way to capture the attention of a ready and willing attractive young woman. This should put Mila on notice. No matter how good she is to Ashton, there will be other women, period. He can’t help himself and apparently he doesn’t care to either.

Will Mila dump Ashton sooner rather than later? Or will she put up with his questionable behavior instead? Tell us your thoughts in the comments below!