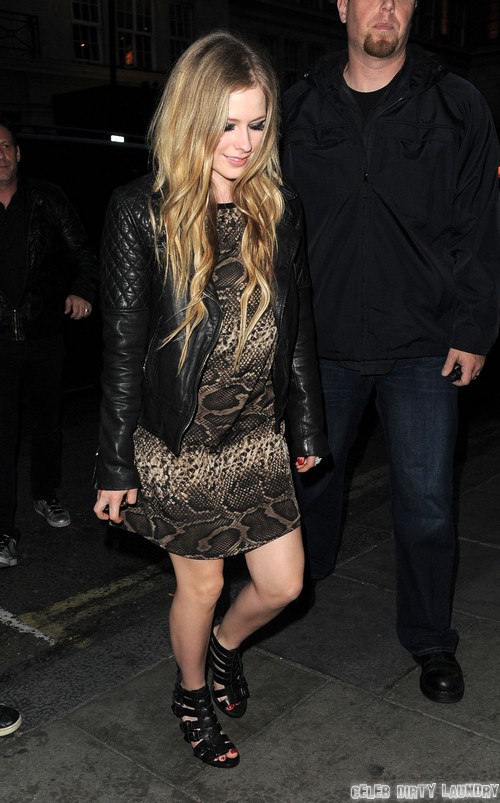 Is Canadian singer Avril Lavigne pregnant by her fiance Chad Kroeger? The photo above sure makes it look like she is with child, no?

Certainly she does look a little pregnant in the above picture, but apparently the rumors are just that — rumors.

Avril and Chad have only been engaged since last August after having dated for six months. It wouldn’t be poor timing if they had decided to have a child right now, but according to a source close to the singer, it’s just not in the cards right now.

The Canadian singer, 28, who’s engaged to Nickelback frontman Chad Kroeger, hasn’t commented on the speculation, but a source tells PEOPLE that she is not pregnant.

Reports suggest the wind may have simply been playing with her dress as she left her hotel.

If and when they do decide to start a family, we’re sure they would make great parents. What do you think? Sound off below.