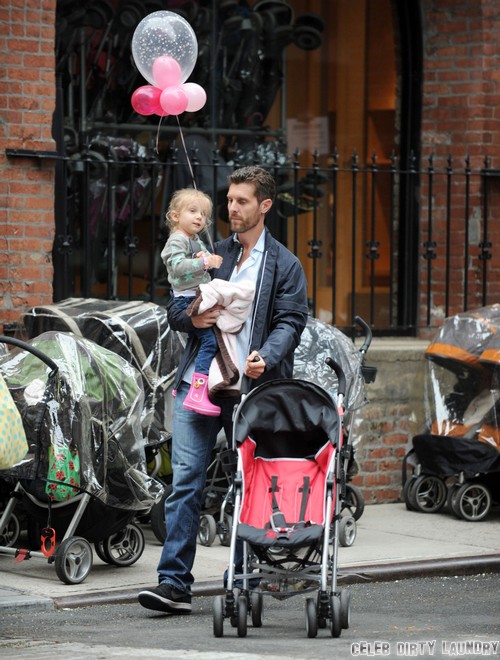 Sadly, this is often a common occurrence between couples who have children, but are estranged. Bethenny Frankel’s estranged husband, Jason Poppy, is planning to ask the judge to prevent his daughter from staying at Bethenny’s new boyfriend’s home – and rightly so.

Apparently, Bethenny and Jason have been having quite an intense custody battle over who will raise their daughter, Bryn, and who will get custody over her. According to the source, “[The fight] has only gotten nastier because Jason resents the fact that Bethenny has moved on with her life so quickly by hooking up with Warren Lichtenstein. Bethenny has been in a serious relationship with Warren for almost six months. Jason does know Warren but on a social level only. Therefore, Jason doesn’t want Bryn spending the night at Warren’s home in New York City. He just thinks it’s very confusing for Bryn to see her mommy kissing another man that isn’t Jason. Jason’s lawyer is going to ask the judge to restrict Bethenny from having Bryn spend the night at any of Warren’s houses.”

There’s two distinct sides to this argument. When Jason and Bethenny ‘officially’ separate and move on with their lives, Bryn will obviously see them both with different partners eventually. Jason’s reasoning that it will be ‘confusing’ for Bryn to see her mom kissing another man won’t make much sense in the long run. However, one could also say that Bethenny should have waited a suitable amount of time before exposing her daughter to another man, especially before she’s officially divorced from Jason. Regardless, with the escalating custody battle and nastiness between the two, the only person who will end up getting affected in the end will be Bryn.