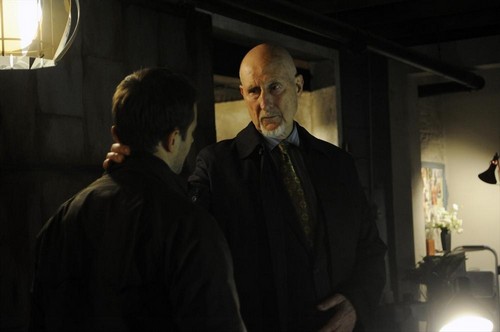 Tonight on ABC their sensual and gripping new drama BETRAYAL continues with a new episode.  On tonight’s show called, “This road isn’t even on the map” an inconsolable T.J spirals out of control and Karsten exacts his revenge on Jack.  Did you watch last week’s episode?  We did and we recapped it right here for you.

On last week’s show TJ becomes reckless after a traumatic event leaves him unable to cope. His predicament forces Karsten to confront his past and take drastic measures in the present. Meanwhile, as Valerie and Victor celebrate their birthday, Jack realizes he’s become disconnected from his family. Sara and Drew struggle with the new dynamic at home and how it impacts their son.

On tonight’s show Jack whisks Sara away for a romantic road trip, even as the FBI is tracking him down. As T.J. is unable to cope with Brandy’s death or find his place at Karsten Allied, his reckless behavior turns dangerous. Karsten decides to settle the score with Jack by making a deal with an unlikely ally.

Tonight’s episode is going to be another great episode, which you won’t want to miss. So be sure to tune in for our live coverage of ABC’s Betrayal Season 1 episode 9 — tonight at 10PM EST! While you wait for our recap, hit the comments and let us know how excited you are about the return of Betrayal tonight.  Check out the sneak peek video below!

Thatcher is regretting losing his golden boy. He misses Jack and even TJ misses Jack. They both want him to return to their offices. However no matter how much Thatcher calls him, Jack refuses to answer his phone. He just sends Thatcher to voicemail. He answers his phone though when the FBI calls him. They want him to answer some questions of theirs or else they’ll go after him next.

Jack doesn’t tell Sarah about the FBI contacting him. It wouldn’t have mattered if he did. She got her divorce papers along with the child custody agreement. She was feeling down and Jack wanted to cheer her up. He plans an impromptu romantic escape, unknowingly to her, for them both.

TJ told his father that he knows why Jack can’t give up Sarah. It’s because he’s in love. Like the way TJ was in love with Brandi. Then he asks his father where Brandi is now. Thatcher doesn’t really believe in a higher power. Although when TJ suggests she’s in a better place, Thatcher agrees that could be a possibility. Before he leaves, Thatcher reminded his son to takes his meds. He knows how absent minded TJ could be on taking them. After he leaves TJ begins to think on this better place. What he came up with was that it must be a better than his life now. He does take him meds. He takes the whole bottle.

Valerie is searching out information on Sarah. She wanted to learn more about her dad’s other woman. This makes her pay less attention towards her girlfriend. Jules has a reputation of getting bored once she got the girl. Having Valerie ignore her probably won’t help her combat natural tendencies. She leaves Valerie brooding in order to get her keys. She left them back at Valerie’s. It’s there that she runs into Elaine’s friend. He kind has a lot of questions for someone labeled “friend”. Then again this friend was nearly caught by Elaine snooping around her house.

Back at the office, TJ suffers what appears to be a seizure. At least that’s why Thatcher is claiming when he tells everyone not to call for an ambulance. He’d rather call their personal physician to handle something this common. Still the doctor wants to run tests. Thatcher makes sure these test get run in a private setting. The tests reveal what the doctor knew. TJ overdosed and both he and Thatcher know TJ did it on purpose. Thatcher didn’t know it would be this hard. Her thought with time TJ would be able to get better.

Jack and Sarah’s road trip veered off into different trip all together. They chose to help a couple of people make it to a wedding where they were then invited to stay and enjoy the festivities. They ended up having a really good time. Weddings makes them frisky.

In the end, Valerie was the one to get cold first. She broke up with Jules because she didn’t know if she was going to get her heartbroken and she didn’t want to take the chance. Her parents’ imploding marriage taught her to play it safe. When she told her mom later, Elaine was upset. She doesn’t want her daughter to be scared because of what she and Jack did. She wants Elaine to be brave.

The wedding environment is ruined by the FBI. An agent showed up demanding Jack’s attention. They tell him they’ve got witnesses willing to talk and he could wither help or go down with the rest. He prefers to be loyal no matter the threats. But he didn’t count on Sarah finding out about these secret meetings.

On the topic of secrecy, Aidan’s hidden agenda was revealed. He’s working for the feds and using poor Elaine to do it. He has some reservations though and nearly told Elaine the truth. He’s developed feelings for Elaine and his superiors want him to continue with the original plan despite those feelings. Even though he offered up Jules as a possible informant.

Jules and Valerie made up and got back together.

Jack came clean with Sarah about the feds. She understands he was scared but she doesn’t want him to think of her as someone needing protection from the truth. It has to be total honesty. In amidst their happy mood, Thatcher pays Sarah and Jack a visit but Jack wasn’t there. Thatcher began talking to Sarah and she says Jack still cares for him. He hasn’t spoken against him regardless of being asked to. When Jack does arrive Thatcher tries to explain that he’s living a fantasy. If it is Jack doesn’t want to wake up. He’s not going back to the family business.

Both Thatcher and TJ accept Jack isn’t coming back. Once they accept that Thatcher writes Jack off. He goes to Drew, whose been sniffing around, and tells him that Jack was the one that killed Uncle Lou.