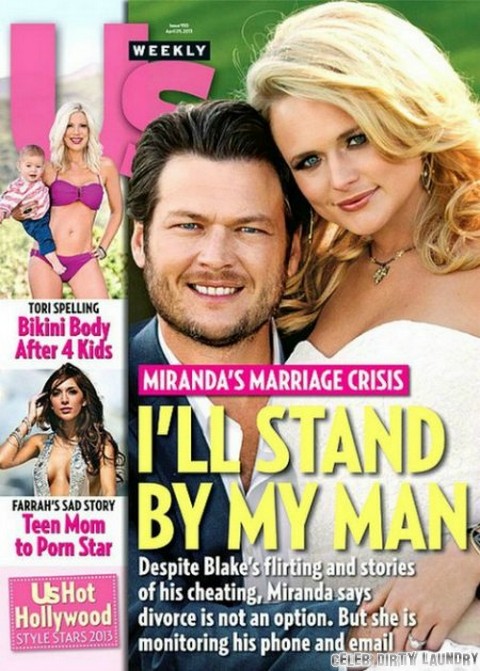 Country singer and The Voice coach Blake Shelton is featured on the cover of the latest edition of Us Weekly. Has Blake been skeeving around behind his wife Miranda Lambert’s back? Let’s hope not!

Blake and Miranda are both on the cover of the tabloid and it appears that he’s been flirting with other women. Even worse, it would appear that there are rumors of his cheating on her, as well. She better keep a good eye on her man!

But who has Blake been flirting with? Could it be his co-worker on The Voice, Shakira? She’s pretty and unavailable, but that wouldn’t stop him from trying, would it? 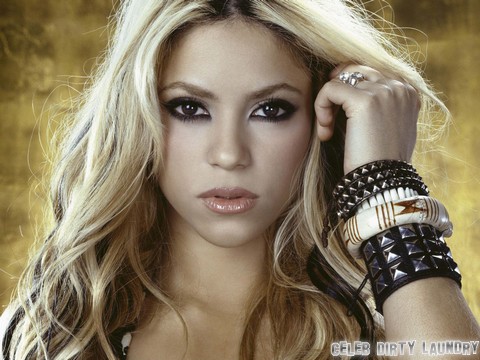 Despite all of the rumors of his cheating ways, Miranda has chosen to stand by her man. The magazine reports that Miranda has said that divorce is not an option. Why not? Blake is rich, talented, on television and he’s not a bad looking guy to boot. Why would she want to let him go?

But don’t think that she’s going to let him off scott-free. She’s keeping a close watch on his emails and phone calls! Does he deserve to be watched like she is or are the tabloids reading too much into his flirting? Let us know your thoughts in the comments section below!