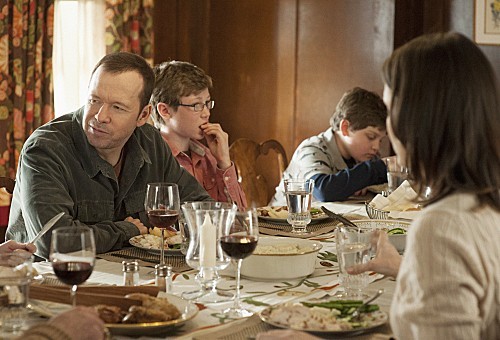 Tonight on CBS BLUE BLOOD returns with a whole new episode called “Warriors.” On tonight’s episode Frank navigates the politics of the State Department and the Turkish Government.  Did you watch last week’s episode?  We did and we recapped it for you.

On last week’s show before a Hasidic Grand Rebbe passes away, he chooses his youngest son to succeed him. But when the new appointee dies suddenly, Danny investigates the oldest son and others within the Hasidic community. Meanwhile, Henry reveals a family secret to Frank.

On tonight’s show when a 10-year-old boy is the victim of an incident in the projects, Danny’s heated approach to the case lands him in anger management class. Meanwhile, Frank navigates the politics of the State Department and the Turkish Government in order to help a young Turkish woman avoid persecution.

Blue Bloods “Warriors” airs tonight at 10:00pm ET and we will be live blogging all the details. So don’t forget to come back and refresh your screen often for live updates. While you wait for the show – check out the sneak peek video of tonight’s episode below and let us know what you think of the season 3, so far!

RECAP:  A ten year old boy is shot, Danny promises the mother that he is going to find out who did it. Onlookers have nothing to say. Meanwhile, Frank is speaking at a dinner and meets women who reveals to him that the moment she returns to her country, she is going to be killed.

The woman, named Isabel, is seeking asylum and Frank reported it to the authorities and is getting heat for his involvement and the state department is not happy about it.

Devon’s mom tells Danny that there are lots of drug dealers in the neighbourhood, cops and gang bangers. She admits to knowing about Tiny Martinez and thinks he shot her son.

Erin is teaching Nicki how to drive and it’s not going well, Erin is causing her so much stress that Nicki doesn’t want to do it anymore.

Danny is in a police van watching some footage of Tiny and on three, he and the other cops get out of the van and go after him.

Isabel is with Frank and she apologizes for putting Frank into a difficult position, she admits she approached him because she thought he was a good man. She tells him that her father is a man of great fate and protecting the family name means more to him than anything; she brought shame and to her family that is unforgivable.

Danny is angry that the kid got shot and is acting a little too rough with the suspect, Sarge tells him to calm down and when he doesn’t he tells him that he is going to go for some sensitivity training to help him with his anger management.

Danny is in his first training class and he is clearly not happy to be there. The doctor tries to get Danny to reveal why he is there, but he tells them he has no idea and he is frustrated that he is there and not on the streets trying to find the guy that shot a ten year old kid.

The state department wants to send Isabel back to Turkey and want Frank’s support when they announce it at a press conference later in the day.

Danny and Sarge are interrogating Tiny who clearly is trying to make Danny angry but he’s not biting. Danny tells him that he knows where he lives and will continue to bring him in until he tells them what he knows, the guy finally gives in and agrees to speak to the DA.

Erin is with Frank over drinks, she tells him about Nicki’s first driving lesson and it being a disaster. Frank knows why, because Erin is a terrible driver and always yells at people when she is behind the wheel. Frank suggests that she asks Jamie to help Nicki.

Erin is now with Tiny and tells him that she can get him a five year sentence for possession if he doesn’t talk. He does and it turns out that the ten year old, Devon, was not the hit, her mother Latisha was.

At the press conference, the state announces that Isabel will be returned to her country and Frank is upset about it.

Erin tells Nicki that she is no longer going to teach her how to drive, in fact Jamie is going to take over and Nicki is thrilled about it.

Back in his training class and the doctor finally gets through to him by making him realize that his anger could get the best of him. Later, back at the station, Danny approaches Latisha and asks her some questions that lead to her ex in prison.

At family dinner, Linda reveals to the family that Danny is going for therapy and he is not happy about the whole thing. Everyone agrees that Danny never loses his temper with his family, then the conversation moves to Isabel and how she is being returned to her country when her life is in danger when she just went on a date with someone. Frank explains that there is a chain of command and unfortunately, there is nothing that he can do.

Danny is at the bus station and just as the bus is leaving, he flashes his badge and stops it. Once inside, Danny finds his guy, who raises a gun, it’s Devon’s father Daryl and he is angry. Danny tries to reason with him and tells him that he knows how he feels, he has two sons and he would be upset if someone tried to keep him from his sons. Danny doesn’t want to see anyone get hurt and tries to reason with Daryl, Devon needs to be back in the hospital, so he tells him to think about his son and put him first in this situation.  Danny agrees to give Daryl time with his son, if he gives him his gun and he does.

Danny goes to see his doctor, it’s not a therapy session, he just wants to talk to him. Danny tells him that he is right, he has an anger problem, but what makes him angry is when people don’t get angry about situations, like when a kid gets shot. Danny goes on to say that he doesn’t bring his job home, ever and that is how it is going to stay. The doctor is worried that all the anger is going to one day catch up with Danny.

Nicki and Jamie drive up and pick up Erin, Nicki is driving and Jamie thinks it is good if she drives in the city and over a bridge.

At a press conference, the state department announces that Isabel is staying in NY as she has gotten a job offer because she is a gifted celliost, guess who arranged that? Frank.