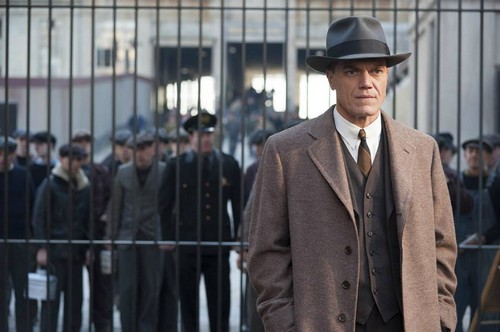 Tonight’s episode of BOARDWALK EMPIRE definitely rocked our socks off, and we couldn’t be more pleased with this season 4 premiere. If you are curious about next week’s episode, well, look no further. We have managed to get our hands on a sneak peek video and a few spoilers to whet your appetite as you wait  next week’s episode 13 “Resignation.”

Tonight’s episode opened with a pretty intense scene, which eventually revealed a murder victim with a sliced throat; we also got a sense of where Nucky will be headed this season and got a rather generous glimpse into the sleazy life of Al Capone. So much more happened! If you missed the episode, head over to read our full and detailed recap here.

Spoiler alert: If you’re one of those people who doesn’t like spoilers, stop reading now! We have some juicy spoilers for you about the season 4 episode 2 of HBO’s “Boardwalk Empire”

Official HBO synopsis of next week’s episode: “Now working as a “delivery man” for Dean O’Banion, Van Alden is ordered to keep tabs on Al Capone, joining the ascendant mobster to help keep Cicero voters “informed” at a political rally. Dr. Valentin Narcisse arrives in Atlantic City, clashing with Chalky and Nucky over the loss of an employee. In Washington, Agent Knox aligns himself with J. Edgar Hoover, acting director of the Bureau of Investigation. Harrow fails to finish a job in Milwaukee, while Eddie demands a promotion after 11 years of service. With a business opportunity on the horizon, Nucky departs for Florida.”  Written by Dennis Lehane and Howard Korder, and directed by Alik Sakharov.

On next week’s show Nucky and Dr. Narcisse will have a meet up and we can’t wait to see what becomes of their encounter. Dr. Narcisse apparently arrives in the city to figure out business in light of his recently lost employee. What are you looking most forward to in the next episode? There’s going to be lots of jazzy action and dancing — and definitely some fists thrown. Check out the promo video below. 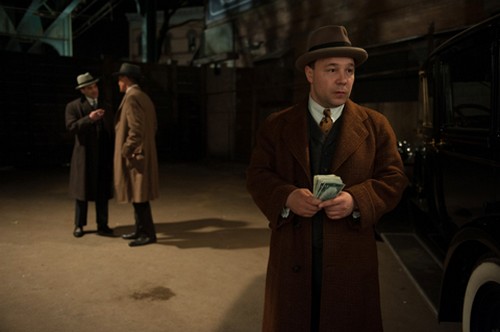