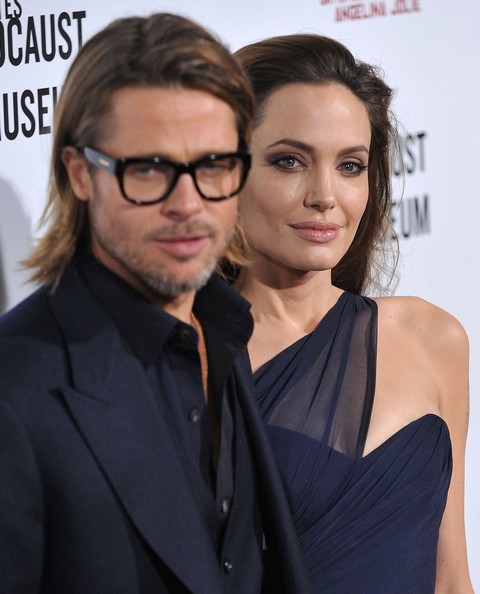 It was only a matter of time before Brad Pitt was going to crack under the pressure of life with Angelina Jolie and it looks like that time has finally come!  After nine years, six kids and through two active film careers Brad has finally had his version of a meltdown.  The movie star has been extremely overwhelmed for some time now but according to the March 4th print edition of the GLOBE, he finally lost it and realized it was time to head back into intensive therapy.

Of course Angie is not the least bit supportive of Brad’s decision. Heck, she can’t understand why he’s losing it in the first place! Her approach to everything tricky is a cut and dry, “Get over it.” and so she has no idea why her fiance can’t just pull himself together. Perhaps it’s because his life has been overrun by people. I’m sure he adores their six kids but man do they take a toll on him. Plus when Angie is working then Brad is on full time family duty so the responsibility of having a family that big is pretty heavy.

Then there’s life with Angie in general. She’s extremely demanding, high maintenance and difficult to contend with. According to a source close to the actor, Brad considers dealing with Angie to be a full time job.  It sounds like the actor was smart to realize that he needed some extra help and it’s a good thing that he reached out to get it. The fact that Angie isn’t supporting the idea is only going to lead to problems later. Either Brad will resent her unsupportive attitude or he’ll quit therapy to appease her and then still be a mess. Neither option will benefit them as a couple.

Will Brad’s admitting he needs therapy ultimately drive a wedge between him and Angie? Tell us your thoughts in the comments below!