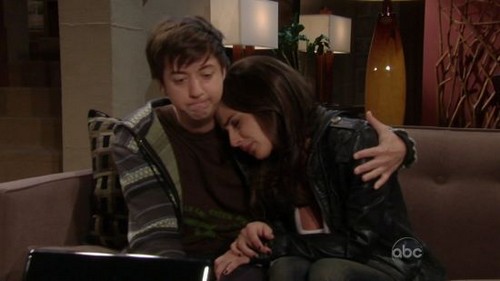 It seems like the bad news for soap fans just keeps coming lately, doesn’t it? After the rebooted online versions of All My Children and One Life to Live were axed and we have seen formidable veteran actors get their walking papers it seems that another fan favorite is on their way out. Bradford Anderson who has played Damian Millhouse Spinelli for the last seven years on General Hospital has confirmed that he is leaving the soap.

The actor took to his Twitter to admit that he has indeed shot his last scenes but also expressed excitement at whatever will come next for him. He also encouraged fans to keep tuning in to the show to watch his fabulous coworkers in action. The truth is, longtime GH fans wondered how long Anderson would be staying as he has shot pilot’s for prime time that simply haven’t been picked up. It seemed that if he landed another gig the actor has been ready to jump in a new direction and it’s pretty likely that he’ll be popping up in prime time sooner rather than later.

GH is finally sitting in the top spot in the soap ratings. Do you think it will retain that even with Spinelli’s exit? It’s a hard won battle for the show. The Young & the Restless had occupied the top spot for years on end and so it’s amazing to see any other show come in and steal the ratings. It makes you wonder if they have picked the worst possible time to mess with the cast, doesn’t it? Will you miss Anderson on GH? Tell us your thoughts about the actor’s departure in the comments below!