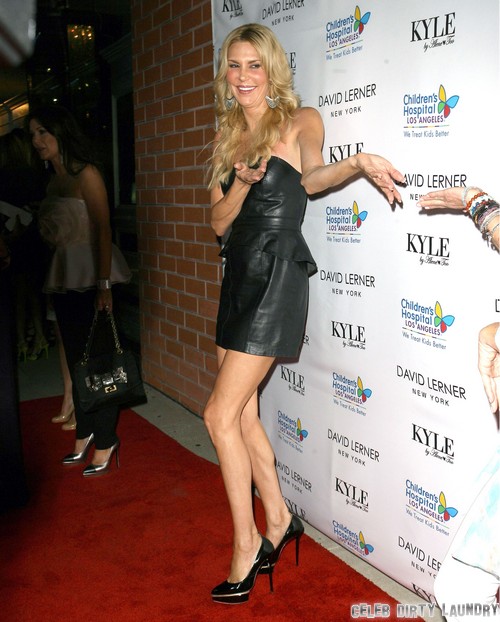 It would be a spin-off of The Real Housewives of Beverly Hills and would focus on Brandi’s dating life as opposed to the relationships between all the housewives. A source explained to Radar, “Brandi will be taping a pilot for Bravo and it’s for her own spin-off show. She was kind of shocked when the idea was brought up, but now she’s really excited about it. Putting your dating life on TV for the world to see is never easy, but Brandi’s never backed down from a challenge.”

The source added, “You never know with Brandi. So you can have an angle for a show but how it plays out may be a very different thing. She’s ready to jump back into the dating scene and it will be interesting to see what kind of men can actually handle her!”

I love how this source makes it seem like Brandi’s actually hesitant about putting her dating life on TV. We all know there’s no truth to that, and I’m sure this reality show will just be an added way for her to rub her new love life in Eddie Cibrian and LeAnn Rimes’ faces. Not that Eddie and LeAnn don’t deserve it and more – that obnoxious couple certainly do! Regardless, focusing on a reality star’s dating life is infinitely more interesting than seeing endless catfights between housewives, so good for them.

Are you guys interested in seeing Brandi Glanville on her own reality show? Would you tune into watch it? I’m sure there will be guest appearances from other celebrities, maybe even from the Real Housewives, but it will largely focus on her. Let us know your thoughts in the comments.