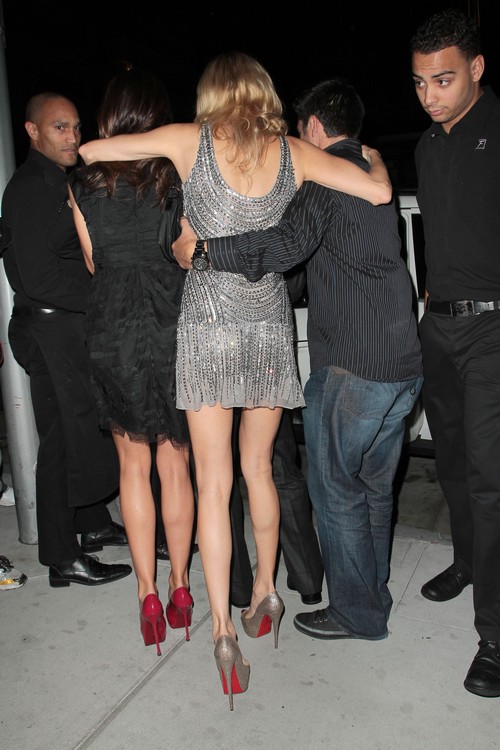 “Im sorry for whomever I offended with my insensitive joke, I’m not racist Im just inappropriate 90 percent of the time!“(Twitter) Oh really! Brandi Glanville’s choice of words last night surely made me uncomfortable just as much as her intended target Joyce Giraud de Ohoven. Claiming she didn’t mean to offend is a lie. A lie that only one of her friends last was willing to call her out on on during the episode of The Real Housewives of Beverly Hills. If her usual partner in crime, Lisa Vanderpump, was offended just imagine how much Joyce was.

What has everyone up in arms? It was when Brandi told Joyce after she admitted being unable to swim “You’re Black.” As if that were to imply something – like when it comes down to it either she’s black and can’t swim or that Black people float. Afterwards Brandi was the only one to laugh at her own joke and Lisa made sure she said it by asking her again. Once she knew that’s what Brandi said she quickly retreated to somewhere else.

Brandi knows what she did was wrong. She’s been prepping people all week by saying she did something she regretted on the show. Then on the day of the show she live tweets her reactions?! Please, she knew she was going to get hate and wanted to ride out the storm face front. It’s why she made sure she spoke to Andy Cohen on ‘Watch What Happens Live.’  He asked her if her comment was racist and she replied:

“I think it was definitely inappropriate. I’m the least racist person of all time. I think the more you defend it, the more you look guilty, so I don’t really have to say that much more. I am very sorry with whomever I defended. Defended. Offended. Sorry, my phone is ringing,” says Glanville.

Brandi is right though. The more you get on the defensive the more guilty you look.  The audience doesn’t need her sorry. She should have given it to Joyce. And we all know the perfect place to start. How about stop calling the woman by the wrong name. Then move on to race!